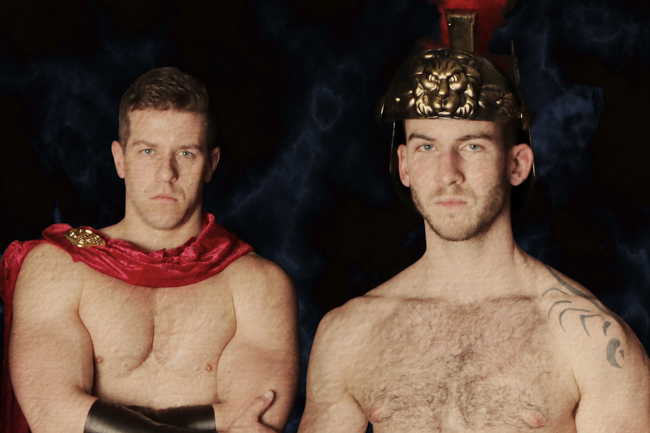 After a successful launch this spring, Saturnalia Productions brings their costume party series to Heretic on Sept. 15 with an ancient-festival feel and a modern LGBTQ-Atlanta twist. Welcome to Rome.

“We wanted to make a difference and offer Atlanta something that has never been seen before on a Saturday night,” say Kevin Phillips and Marc Hammer, the organizers of the event. “We wanted everyone to know that our community could have options.”

Prepare to be transported to what the Saturnalia crew hopes is a new era in Atlanta dance events with charity beneficiaries and a fun-for-all ancient theme. Prepare your centurion uniform, ancient armor, toga or other Roman-themed costume, and get ready for legendary New York City DJ Brett Oosterhaus manning the beats.

“It’s not your typical ‘formula’ party,” organizers say. “It is much more on many levels. We not only want us and everyone else to have a good time, but we also want to help our community. At the end of the day, we are all part of one community, and we found a way to glue everyone together at one event, which we feel does not happen enough.”

Good causes help set Saturnalia apart from other local events, organizers tell Q. The beloved Pets Are Loving Support is a beneficiary, and this time, Avita Pharmacy and Empowerment Resource Center team with Saturnalia to further their mission for sexual health. They and the party will get a boost from a Rome warmup party on Sept. 9 at Zocalo called Sexual Health Sunday.

With the usual Sunday fun-day crowd at that location, Saturnalia expects a great turnout. They hope to entice party goers to the Rome party by offering free HIV/STI testing, PrEP information and half-price tickets to the main event for the first 100 people tested.

“We want to be known for doing more,” says Jeff Paramore, who along with Kevin Phillips rounds out the leadership team at Saturnalia with Hammer.

And they want to be known for the fun that becomes a staple in queer Atlanta.

“We want to keep these parties going with the recognized Roman theme,” organizers say. “Our goal is for one party a quarter in Atlanta, but we hope with help of our main hosts, Nick Smith and Andrew Haratine [top photo], we can take this party on the road to other cities across the US.  We are already in talks to do this.”

That confidence in their concept comes from such an amazing response from friends after the inaugural event, they add.

“There was something festive and magical in the air that night that we want recreate, and we will, even bigger and better,” they say. “I would encourage people to try the party out and not assume that it is for a certain segment of gay Atlanta.  We are working really hard to tear down those boundaries and walls and get people to realize we can all have fun together.”

The feeling of togetherness and support that personifies the ancient Roman theme will change hearts and minds, organizers hope.

“Sometimes that gets lost in the gay community, and it shouldn't,” organizers assert. “We need to support each other more and realize that we have more in common than we have differences.  You are likely going to find yourself dancing next to someone you may have never encountered before, and that is what makes it different. Seeing everyone having fun, because the atmosphere is going to be a really fun Roman festival.

This article originally appeared in Q magazine. Read the full issue below, and pick up a new edition each Thursday.