Welcome back to the Atlanta gayborhood, Thomas Roberts 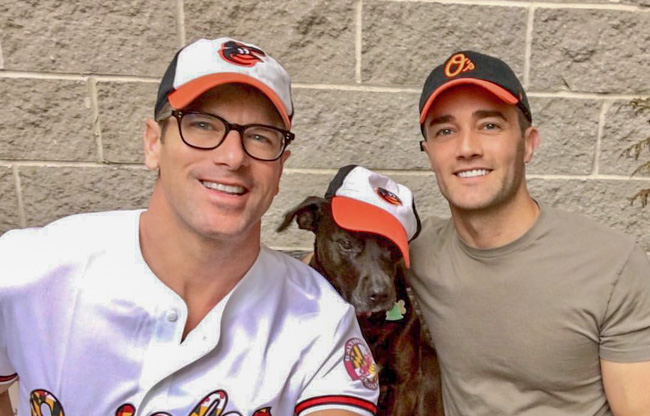 Out former MSNBC and CNN anchor Thomas Roberts is returning to Atlanta to become an evening anchor at CBS46.

Roberts will — alongside Sharon Reed — co-anchor the 4 p.m., 6 p.m. and 11 p.m. newscasts on CBS46 and the 9 p.m. newscast on sister station Peachtree TV. He replaces Ben Swann, the conspiracy theorist who was fired by the station in January for working on a side project without the network’s permission.

FTVLive broke the news on July 3 and the AJC’s Rodney Ho confirmed it the following day.

Roberts comes to CBS46 after seven years at MSNBC, which also included work for NBC News and “The Today Show.” From 2001-2007, he was based in Atlanta as a co-anchor for CNN Headline News. Prior to that, Roberts had stints in several TV news markets across the country.

After their previous time in Atlanta, Roberts and his husband, Patrick Abner, were open to returning. Abner, a pharmaceutical executive, just needed a city with access to a major airport. Plus, they both love it here.

“We had a great quality of life when we lived here before,” Roberts told the AJC. “That hasn’t happened since we left.”

It’s a major hire for CBS46, which has struggled in the ratings for years.

“I consider myself an underdog,” Roberts added. “I think CBS46 is the same. Throughout my career, it’s been nice to prove people wrong.”

His first day at work was Monday, and it’s unclear when his on-air debut will occur. It will be the first time he’s done broadcast news in nearly 17 years.

Roberts came out in 2006 while at CNN, and he won an Emmy in 2015 for his coverage of the U.S. Supreme Court’s decision legalizing gay marriage.

The anchor and his husband said they are looking for a home near the station on 14th Street and will likely end up living in Midtown.

Roberts posted a picture of the Midtown skyline on Instagram on his first day at the station, writing “New Day. Go and Do!”

We reached out to Roberts for comment. He directed us to CBS46, which has yet to respond.

Atlanta is a comfortable place for high-profile gay anchors. CNN's Don Lemon once called Virginia-Highland home, and was there with Roberts and Abner when they married in 2012. And who can forget Sam Champion, who called Midtown home during his stint with the Weather Channel before leaving in 2016. He did the HRC gala and appeared at other LGBT events. Artsy news hound Brandon Rudat, too.

Top photo of Roberts (left) and Abner via