‘We Were Here’ director takes us back 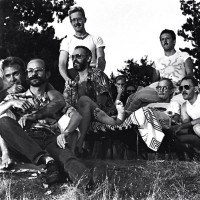 David Weissman didn’t just hear about the beginning of AIDS in San Francisco in headlines. He was actually there, which helped him direct the award-winning film “We Were Here,” returning to Atlanta at the Plaza Theater on Friday.

The documentary – which just won Atlanta’s Out On Film’s Audience Award for Best Film last week – came about when a younger boyfriend heard Weissman talking about the early years of AIDS in the ‘80s and proposed a movie.

“I would not have thought about it unless he suggested it,” Weissman says.

Coinciding with the 30th anniversary of the beginning of the AIDS crisis, which was referred to as the gay cancer when it was new, “We Were Here” profiles five people living in San Francisco before the epidemic began. When he knew he was going to make the film, Weissman had to plan who to include. Those subjects are Ed Wolf, Paul Boneberg, Daniel Goldstein, Guy Clark and Eileen Glutzer.

“I knew [these five] a little,” he says. “The only one I knew I was definitely interviewing was Ed. When I spoke to all of them, it was a combination of chance and intuition. I had a sense of who I was looking for – in terms of character and temperament.”

One of the groups Weissman is happy to show the film are young gay men, who generally don’t know what the crisis was like when it first began.

“Younger gay men have responded so well,” he says. “They say, ‘Oh, I had no idea.’ They respond with pride and appreciation. So many of them don’t know a lot about the history.”

One of the film’s subjects is Elaine, a lesbian who was a nurse back in the early ‘80s. A lot of folks don’t realize how the lesbian community responded in San Francisco when the crisis began.

“Anyone who lived through this and experienced these years will speak up about the lesbians and the non-gays who came up to help,” Weissman says. “There wasn’t that much closeness between the communities; this helped build a bond in the community.”

“We Were Here” debuted at Sundance back in January and has played festivals, both LGBT and non-LGBT, since. After the reception at Sundance, he sensed the film might have the possibility of a theatrical release.

“The reaction from every festival has been positive, even to those who have no connection to the history at all,” Weissman says. “It’s powerful to see it with a group of people.”

“We Were Here” opens Friday at the Plaza Theatre.