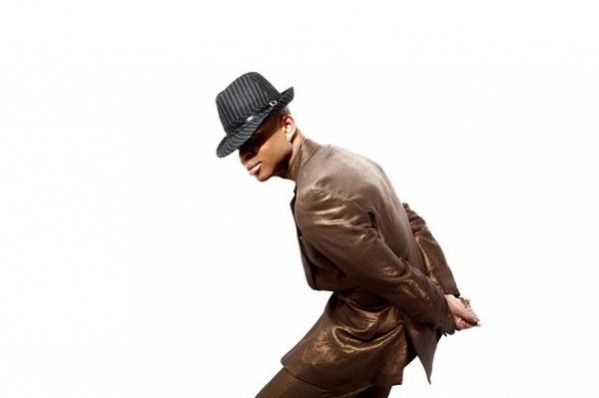 So how did you celebrate the arrival of 2011? Well, dance music star and gay Atlanta resident Chris Willis rang in the New Year with a No. 1 single, “Louder (Put Your Hands Up),” on the first Billboard Dance/Club Play Chart of 2011.

Willis (photos) talked with Project Q Atlanta about living in our fair city, working with international superstar DJ/producer David Guetta, his upcoming album, and his message to gay teens from a guy for whom it did “get better.”

Project Q Atlanta: Tell us about your process creating the single “Louder (Put Your Hands Up).” 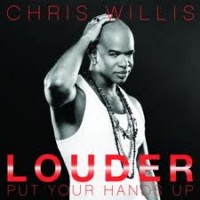 Chris Willis: Much like all of the other songs I’ve written with David [Guetta] and a lot of the other DJs I’ve worked with, I am letting the track push me in a direction. I listened in Sweden with Cutfather and Joe, and “Put Your Hands Up” came right up with the notes. We started there and filled in the blanks with the lyrics.

“Put Your Hands Up” is kind-of bossy. Sometimes I resent that in a club track or in a lyric, but sometimes people want that and they like doing it, so I wanted to play with that and speak to the audience. All these references of not to take yourself too seriously – dip yourself into the pool with the clothes on – don’t take yourself too seriously and do what makes you happy. That’s the spirit I wanted to put out there.

What can we expect from the upcoming “Inside Voice”?
“Inside Voice” – and this is the funny thing about having your own label – was a track I was so in love with, but I have really been drawn to this track “Too Much In Love,” which will be the second single, and I am thinking of changing the name of the album to that. The album has a lot of pop touches, but there are also some gospel tones to it because it comes so much from my origins in gospel.

I want it to talk about love, emotions. There’s a very “I’ll be there for you” message [on the album]. There are some songs about angst, like one called “What Am I?” that I wrote when I lived in New York – a “What am I without you?” song.

I am still playing with the title. I love the idea of the loveship. I say “Welcome to the loveship” to my friends a lot. I am working with Cutfather and Jonas, Count De Money, Seigel and Stoner, Quiz and Larossi, Valentin… There’s a lot of pop and high-energy to this album. Unleash the loveship on the world population! [Laughs.]

When do you expect it to release?
Hopefully in the spring of 2011. I think it would be great to have [the album] around Valentine’s Day with all of the songs about love.

You have a long-standing working relationship with David Guetta — almost 10 years. What’s it like working with him? 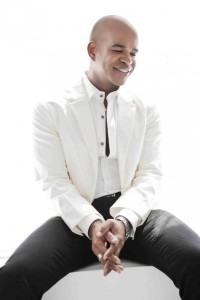 It is great. It’s very easy. In the beginning, I remember being completely terrified. I had been in gospel and I was stepping into the mainstream, and never had I ever dreamed of doing dance music. David and Joachim Garraud made me feel so at ease. “Just A Little More Love” was the first take we did, and they were screaming and jumping up and down in the studio. It was easy and a breeze. It was a pleasure, and it’s been fun to do something creative and be fun and to have the people respond in such a way. You can’t ask for a better bowl of ice cream than that.

What’s it like being on a record like “One Love” [Guetta’s last album] that became such a global smash?
Intimidating. Very intimidating. I so adore celebrity and the whole concept of it, so to be on an album with the biggest and best in the entire world was amazing. The shift of working with Fergie and the others was transformative for me. I am sure it has been for Akon and the others, too. To be around that kind of celebrity royalty is something I will never forget. And to have “Gettin’ Over You” come out and be received so well.

What’s your favorite thing about Atlanta?
I have a whole long list. I think the cost of living is perfect. I think the climate is perfect for me. I love the hot summers. The humidity is perfect for my voice. I love the fact that there is an international airport and the Delta headquarters is here. The real estate market, although it’s been tragic for some people, has been great. I love that there is a large, diverse community – Latino, black, Korean, Brazilian – there is a mix of culture. I love that CNN is here. The Olympics transformed this city. I love Wednesday Wind-Down in Centennial Olympic Park – when I am home, I am always there.

Atlanta is just right. It’s a big city but it’s down home enough to be country. It’s the birthplace of Martin Luther King. I love the culture – Margaret Mitchell. A large and thriving gay community. And I have a lot of family here – cousins, uncles, aunts.

How long have you lived here?
I moved here in 2006, and I just love it. I lived in New York and loved it, and I lived in Nashville for 12 years and I was always coming to Atlanta. I bought a SoHo-style condo in Atlanta and it’s just heaven.

With the recent suicides of gay teens, what would you say to gay youth?
I would mostly say to the families of the youth – and this is the part that concerns me most about the youth – that young people who are gay feel like their world will end if they come out to their family. Families have an enormous response to love their kids no matter what path they choose. To the youth, I can’t blame them for choosing their way out. I am living proof that suicide does not have to be the only way.

Somehow, we have to believe in the power of love to meet us where we are when we need it most. As hard as it is in the darkest hour to believe in love, it will save your life. You may not know how it will come and who will save you, but keep believing and love will lead the way.

What’s next for you?
Love, love, love. Love is in the air. I am so thrilled to release my next single and album. I travel so much. We’re headed overseas to begin to promote “Louder” and my label, Veneer. I have several other projects I’m working on. I’ve always wanted to do a jazz album. I am working with some friends on some other things. I am looking forward to making more music and more love.

A remix album for “Louder (Put Your Hands Up)” is available with remixes by Eddie Amador, Lost Daze, Ray Roc and Gabe Ramos, Wawa, Laurent Wolf, and SillyBoy, among others. Find out more about Willis on his website.