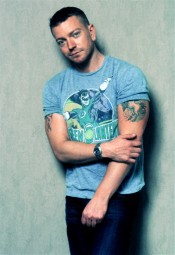 Handsome London-based hot-shot DJ Wayne G. (photo) has been around since 1996, and his beats just keep getting hotter. “Remixxer – Wayne G.” shows off his artistic growth and fresh sounds.

Released Tuesday, “Remixxer” is a diverse collection of 12 tracks, from re-worked dance classics like “A Little Respect” by Erasure, new covers of old hits like Darren Hayes’ rendition of “Love Hangover” by Diana Ross, and re-imaginings of recent hits with a campy feel like Barry Harris and Simone Denny’s “Drama Queen (Texting U).”

The busy producer/DJ made time to answer a few questions about the new CD and other projects from all the way across the Pond.

Project Q Atlanta: What inspired you to create “Remixxer”?
Wayne G.: I have done similar themed albums with all my own productions and remixes before called “Anthem.” I have wanted to do one for a while and the opportunity came up, so I grabbed it with both hands.

How did you come up with a general feel?
I wanted to include new productions, some classics mixes as well as classic songs, giving me the chance to move from the funky disco house of “Love Hangover” with Darren Hayes on vocals to the full high energy sound of “I Just Wanna Dance.” Everything else in between just fit in perfectly.

What was it like to rework a classic dance song like Erasure’s “A Little Respect”?
It was a joy, especially when I received all the parts from the original track. Every synth that had been used has been laid out for me, so the inner geek in me was delighted. The dub takes on a tough feel while keeping that riff intact and a key vocal line. It always gets a great reaction.

How do you pick songs for your CDs and live sets? Is the process different?
Live sets always depend on the party, for sure. For example, a T-dance would be programmed far differently than an afterhours. With this CD, I was trying to give a broad representation of my styles while fitting it all into 76 minutes, which is a little more difficult. [Spinning] long party sets mean you can try and program a journey.

You’ve remixed some pretty big names in the business (Kylie Minogue, Erasure, Deborah Cox, Whitney Houston, Gwen Stefani). Is there still someone you’d love to work with?
More so the up and coming acts now like Florence & the Machine, Paloma Faith, and I still adore India.Arie and would love to work with her sometime.

What songs and remixes are you really high on right now as a DJ and producer?
There are way too many to go into – Nik Denton’s “Freak” is one for the progressive as is Blake Lewis’ “Heartbreak On Vinyl” (Danny Verde Mix). For the funky girl in us all, I love Agnes’ new one “On and On” (7th Heaven Mix).

What else are you up to these days?
I’m still traveling the world, DJ’ing. [I’m in] London Friday night, then heading off to Fresh in San Fran, then Auckland for the Atlantis Cruise, and then Sydney Harbour Party as part of Mardi Gras. Studio-wise, [I’m] equally as busy. Keep your eyes on DJWayneG.com over the next few weeks for some very exciting developments.