Baton twirling misogynist Baton Bob will stop for no one. Not for some lesbian bitches and definitely not for legendary WSB reporter Mark Winne, whose live shot was interrupted by the drag street performer.

The busted live shot came Wednesday during WSB's 5 p.m. broadcast as Winne talked on Peachtree Street and Baton Bob twirled and their worlds collided for a few brief seconds. Live.

The gif of the performance hit Reddit, then Creative Loafing and then went viral. A few feathers were ruffled, an ego bruised.

But later, Winnie seemed to soften to the collision of street performance and news. 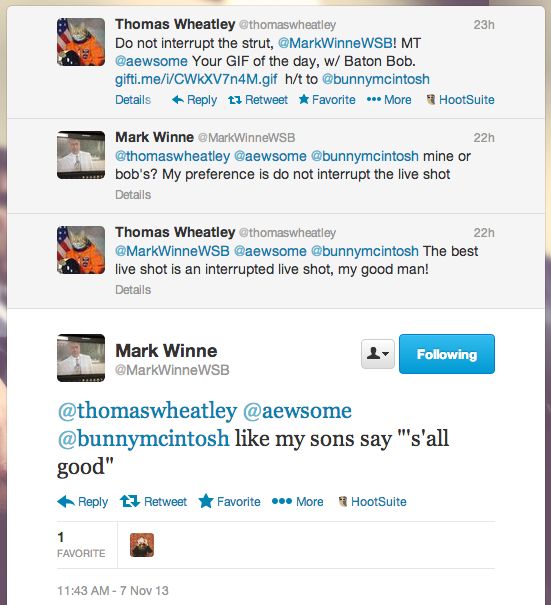 And Baton Bob, recovering from an arrest earlier this summer and an awful, profane rant at fans, still seems to generate mixed reactions. Straight folks love him and the gay ones not so much, even as he works a Pride parade. Will anyone ever lick his toe for charity?