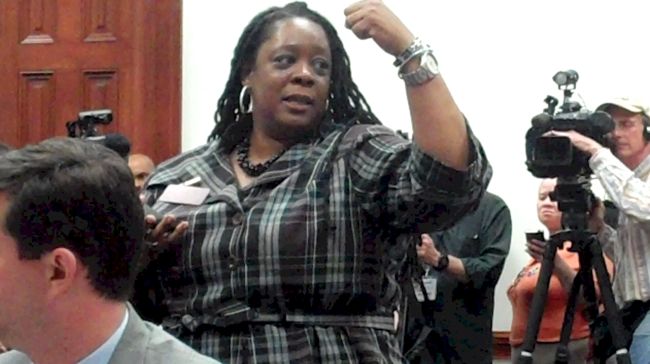 Her voice trembling at times, lesbian state Rep. Simone Bell delivered an emotional and personal takedown of two proposed bills that could allow business owners to refuse service to gays and others on the basis of religion.

Bell's two-minute plea against the bills closed a half-hour hearing about House Bill 1023 before the Judiciary Subcommittee on Monday at the Georgia Capitol. (A similar measure is pending in the state Senate.) LGBT critics say the board language in “The Preservation of Religious Freedom Act” could open the door to anti-gay discrimination and nullify municipal ordinances that ban anti-gay discrimination.

Bell framed her opposition to the bills in terms of her longtime partner and the overflowing crowd of LGBT supporters who attended the legislative hearing.

A rally about the bills is planned for Tuesday at the Capitol.