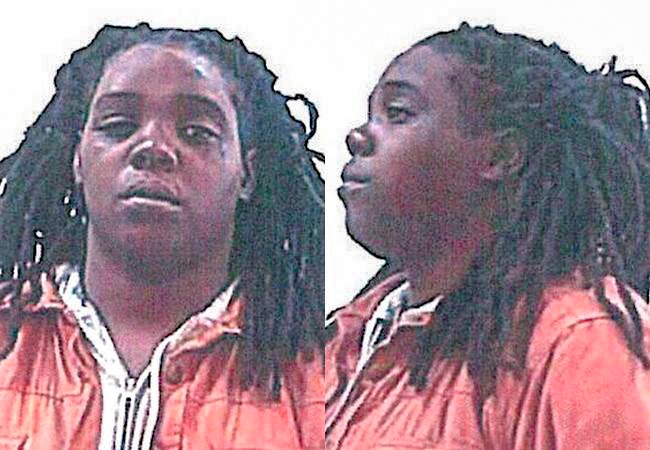 A Middle Georgia woman pleaded guilty Monday to stabbing and killing her domestic partner in front of police – just three days after being released from jail on charges she attacked her.

Shaneka Renee Smith (photo), 25, was sentenced to life in prison in Houston Superior Court in Warner Robins. She will be eligible for parole after serving a minimum of 30 years, according to a press release from the Houston County District Attorney’s Office.

“Abusive domestic relationships all-too-often escalate into life-threatening situations for the victim,” Assistant District Attorney Eric Z. Edwards said in the press release. “In this case, Shaneka Smith escalated the violence to the point that Monis Howard-Roberts lost her life.”

“Our hope is that today’s guilty plea and sentence are able to provide some measure of justice and closure for Howard-Roberts’ family,” he added.

Smith was arrested on Dec. 24 on a misdemeanor battery-family violence warrant after an altercation with Howard-Roberts. She was released on bond that day on the condition that she have no contact with Howard-Roberts, according to the press release.

“While officers made contact with Howard-Roberts at the first-story front door of the townhouse, Smith came down the stairs from the second floor holding a large kitchen knife in her hand,” according to the press release. “Smith disregarded verbal commands from the officers to drop the weapon, and stabbed Howard-Roberts twice in the chest.”

Police tasered Smith and she was taken into custody. Howard-Roberts, 31, was pronounced dead shortly thereafter.