Gay candidates for two local seats are kicking their campaigns into gear this week, hoping to raise both voter awareness and money during the political slough of summer. 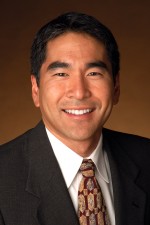 Alex Wan (photo) formally launches his fundarisers with an event tonight backed by some of metro Atlanta’s gay elite. Wan last month launched his bid for the District 6 seat on the Atlanta City Council, a race that includes two other candidates.

Wan’s event, from 6:30 p.m. to 8:30 p.m., is hosted at the Ansley home of gay activist and Democratic fundraiser Harry Harkins. The list of sponsors for the event, which has a minimum suggested donation of $100, includes longtime activists and volunteers with LGBT causes such as Ken Britt, Edith Dee Cofrin, Paul Horning, Drew Plant, Lawrie Demorest, Beth Schapiro, Michael Wright and Bob Glascock.

Wan, an engineer by training, was president of Optima, Inc., his architecture-engineering consulting firm. But he recently announced that he joined Jerusalem House as its development director. The non-profit HIV/AIDS agency provides more than 50 percent of Atlanta’s permanent supportive housing for homeless people with HIV/AIDS. 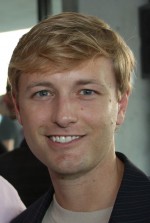 Kyle Williams (photo), who announced his campaign for the District 2 post on the Decatur City Commission in April, recently launched his campaign website. The site includes background about him, a campaign video (above) and links to donate online and social media sites.

Williams is pushing to register supporters on the campaign’s Facebook page, which as of Monday afternoon included 189 people.