Wan gets nod from Victory Fund for District 6 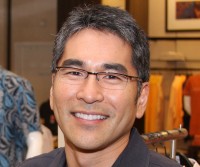 The hits keep coming for Alex Wan, the gay businessman and non-profit executive who placed first last week in a crowded field for the District 6 post on the Atlanta City Council.

The campaign announced Wednesday that Wan picked up another endorsement as he battles neighborhood activist Liz Coyle to win the seat in the Dec. 1 runoff. This one comes from the Gay & Lesbian Victory Fund, which stayed out of the race until the runoff despite three of the six candidates being gay.

“Alex’s campaign has the strength and momentum to be victorious in the runoff election December 1,” Victory Fun President and CEO Chuck Wolfe says in a prepared statement released by the campaign. “It’s an added bonus that he would be the first openly gay man and first Asian American on the Atlanta City Council.”

The nod from the Victory Fund comes after Wan last week picked up endorsements from Georgia Equality and the Buckhead Coalition, backing that demonstrates his diversity of support. Georgia Equality is the statewide gay rights group while the Buckhead Coalition is an influential group of 100 business leaders led by former Atlanta Mayor Sam Massell.

“These endorsements are a vote of confidence for the tireless work he has done in the LGBT community, for the race he has been running, and for his actionable plans to balance sound economic development with the unique character of our green and livable residential neighborhoods,” Ken Britt says in a press release.

On Monday, Wan’s campaign also got a boost from Charlie Stadtlander, the gay educator who lost his race for the Atlanta Board of Education. But the endorsement came with some heated criticism of Coyle and prompted a statement from Wan’s campaign that it “does not condone negative statements about other candidates.”

Charlie is a personal friend, and my partner and I hosted a fundraiser for his school board campaign at our home. Hence, I feel like my child has bit a neighbor kid and I am being asked why I didn’t raise him better.

Liz Coyle is a wonderful person and she fully supports the broad spectrum of LGBT equality. I have had the privilege of getting to know her, and her husband Greg, during this campaign. Us District 6 residents are fortunate to have a run-off campaign with two candidates of the quality of Alex Wan and Liz Coyle. Liz is no more anti-gay than Alex is anti-straight, and young Charlie’s unfortunate – and untrue —  tirade against Liz only serves to diminish Charlie himself.