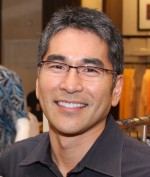 Alex Wan enjoys a three-to-one financial advantage in the crowded race for the District 6 post on the Atlanta City Council and support from some notable longtime gay and lesbian activists, according to campaign disclosures reports.

Wan, one of three gay candidates in the race, raised more than $2 for every dollar raised by his nearest challenger, Steve Brodie, who is also gay, during the April-June period covered by the reports. The documents, filed by three of the five candidates for the Midtown, Virginia-Highland and Morningside district, provide an early look into the financial viability of the campaigns.

Wan raised $51,421.50 during the period, compared to $21,325 for Brodie (right photo) and $3,101 for Liz Coyle, one of two non-gay candidates in the race. Miguel Gallegos, a gay man who joined the race in mid June, said Monday that he wasn’t yet required to file a disclosure statement. Bahareh Azizi announced her campaign after the end of the latest filing deadline. 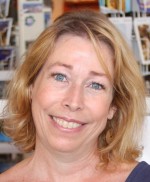 The financial disclosures demonstrate the financial prowess and depth of donors of Wan’s campaign, which formally launched about two months after Brodie. Wan stepped into the race May 27, following Brodie’s April 2 campaign kick off. Coyle (right photo) announced in mid June. Another gay candidate, Charlie Stadtlander, was the first to announce a campaign to replace Anne Fauver, but dropped out when Brodie stepped in.

The financial disclosures show that Wan raised most of his money — $44,986 — in donations larger than $101. Ken Britt, co-chair of the board of the Human Rights Campaign, gave $1,000; as did longtime LGBT activist E.D. Cofrin; Paul Horning, a director of the Gay & Lesbian Victory Fund; and Tony Conway, who owns catering firm A Legendary Event.

Gay-friendly members of the General Assembly also donated to Wan’s campaign – state Reps. Kathy Ashe and Pat Gardner each gave $250. In 2004, Wan lost to Gardner in his first political campaign.

Brodie raised more in donations of less than $101 – some $8,650 of his $21,325 overall raised – but lagged in overall fundraising behind Wan. He received his largest contribution — $2,300 — from Tivoli Properties, an Atlanta developer that has built several high-end buildings in Midtown, including Aqua, Mezzo and the Mandarin Oriental. His contributions also include more than $3,000 from other developers and real estate firms. Brodie lost by five votes to Fauver in 2005.

Coyle received $851 in donations of $101 or less, as well as $2,250 in other contributions. Her list of donors includes three high-profile gay activists: Attorney Jeff Cleghorn and his partner Kevin Kirby gave $200 while attorney Randy New gave $200.