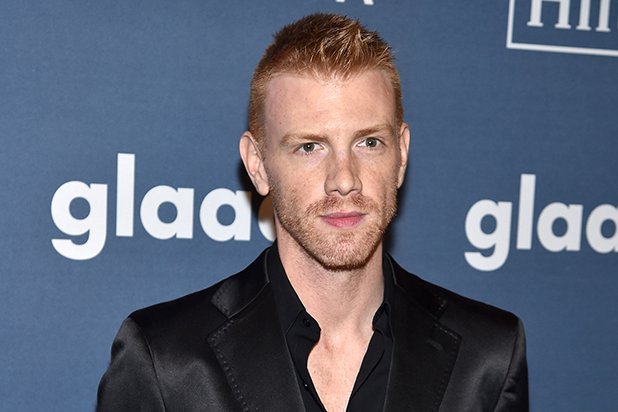 “Walking Dead” actor Daniel Newman is speaking out against an LGBT adoption ban passed by the Georgia Senate, part of a growing chorus of critics from the film and television industries that generated $9.5 billion in economic impact in the state last year.

Newman, the Atlanta-based actor who came out last year, said he'll take part in a rally on Thursday near the State Capitol to protest the legislation. The Georgia Senate passed the “Keep Faith in Adoption & Foster Care Act” on Friday. The legislation would allow faith-based agencies receiving taxpayer funds to ban LGBT people from adopting children and providing foster care.

“Walking Dead” – the popular AMC show in its eighth season – is shot in locations across Georgia. The show is also the target of an online petition asking it to move production outside Georgia if the anti-LGBT adoption bill isn't stopped. The legislation is now before the state House.

“I was born and have lived in Georgia for most of my adult life, and have seen our state's economy transformed in incredible ways by the diverse and accepting film industry,” Sarah Rose said in prepared statement from Care2, where she serves as senior LGBTQ issues advocate.

“If the state chooses intolerance over inclusion, then I hope 'The Walking Dead' and other television franchises will hit the state where it hurts by choosing to take their production elsewhere,” Rose added.

So Rose launched a Care2 petition on Monday. “Walking Dead Shouldn't Film in Georgia Due to Anti-LGBTQ Policies” has received more than 3,500 signatures.

Sign my petition if you want to see The Walking Dead use their economic power in the state of Georgia to protest the new bill making it legal for adoption agencies to discriminate against the LGBTQ community.

The Walking Dead is on it's 8th season, it is extremely popular and provides jobs to many people in the state of Georgia. But no doubt they have folks working for them that are part of the LGBTQ community. If only to protect their employees from discrimination, TWD should choose another filming site.

The legislation continues to generate controversy and opposition from inside the television and film industries and out.

TV showrunner Ben Wexler – who worked on “The Grinder,” “The Comedians” and “Arrested Development” – called the bill “dumb.”

To my fellow showrunners: if this dumb bill becomes law, let’s be done filming television shows in Georgia https://t.co/d5Vd5bj8Rp

“One of the things that I love about basketball is that it brings people together from all walks of life,” Clarendon said. “It's heartbreaking to see that Georgia is attempting to put restrictions on same-sex parental adoption. Just as sports brings people together, the definition of family is a broad and diverse one. The Georgia I want to live and thrive in has space for every type of family.”

If you’re in Atlanta, join the rally organized for March 1 at Central Presbyterian Church. Children in need of permanent homes would ultimately be the ones to suffer most. #Resist https://t.co/S2z8gkiqE9

Keep in mind religious affiliated adoption agencies ALREADY have the protection/freedom to work exclusively with people they choose. Georgia Senate voted in favor of this horrible bill and it will now go to the House.

IMPORTANT! The latest attempt to discriminate. �� SB 375 would allow adoption agencies to refuse to place children with same-sex couples based on their religious beliefs. pic.twitter.com/qPusTBWCqI

On Tuesday, the Atlanta Gay & Lesbian Chamber of Commerce joined other business groups in criticizing the legislation.

The Bill is morally offensive and detrimental to the businesses and people of Georgia. Laws allowing religious exemptions to discriminate are a desperate and callous backlash against the success of marriage equality and other advances for the LGBT community.

The AGLCC advocates for the development of economic opportunities of our LGBT and allied business members, non-profit organizations, and our corporate partners and their employees. Georgia's SB 375 is a direct threat to our economic growth and could impact our ability to attract companies that would provide new and high paying jobs to our state.

The AGLCC applauds our corporate allies and other organizations here in the state of Georgia who have already taken a stand against this bill.