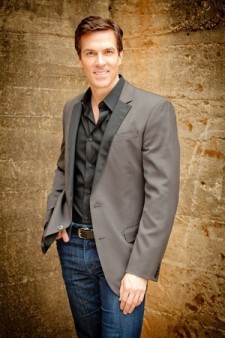 BLUE MedSpa’s John Stupka is fabulous. But many gay Atlanta fans of his luxurious services and programs already knew that. Now you can share the love by helping him win Atlanta Best Self Magazine’s “Over 40 & Fabulous” online contest. Stupka (photo) was selected from such an overwhelming number of nominations that the magazine says it was “blown away by the fabulousness.” A panel of five judges narrowed the field to 40 finalists for the magazine’s second annual contest based on “commitment to being their overall best self as well as inspiring and helping others.” What qualifies Stupka for the honor? For the uninitiated, here’s Best Self’s entry for him:

John Stupka created BLUE MedSpa in Atlanta in 2005 with the idea of giving guests individualized care in clinical medical esthetics, traditional spa services and lifestyle based wellness programs. In addition to being a noted business man and man about town, over the years he has given thousands of dollars back to local charities and surrounding communities. John is never meeting a stranger and is always looking for the most innovative treatments to keep Atlanta and surrounding states looking and feeling their best. BLUE MedSpa has won many awards in spa excellence. John takes pride in his polished appearance by working out regularly and maintaining a healthy lifestyle, and being a positive role model for those around him.

How can you help? Easy peasy. 1. Vote for him on Facebook – Yes , you have to accept the voting app – 2. {[email protected]" title="E-mail your vote to Best Self"} with Stupka’s name. 3. Tell your friends to do the same. Only one Facebook vote and one e-mail vote per address, please. And how can you tap into a more beautiful and fabulous you through BLUE MedSpa? That’s easy too. Check out the conveniently located facility near the corner of gay and lesbian (10th & Piedmont), visit the BLUE MedSpa website that includes a Before & After section of satisfied clients, become a BLUE MedSpa Mobile VIP for special offers, or join their growing list of Facebook fans. The 10 Best Self finalists with the most votes for this year's "Over 40 & Fabulous" contest will be profiled in an upcoming issue. The person with the most votes will be featured on the cover. Voting in the contest runs through April 15, and the winner will be announced on May 1.