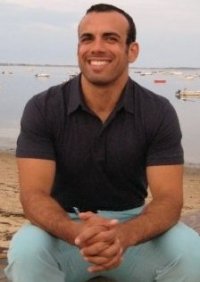 Who says gay men shouldn’t enter a national contest to find a hot-blooded American “Every Man”? Atlantan Stephen Fusco (photo) certainly thought it was plausible, even necessary, for the Every Man Jack contest to be inclusive.

“I didn’t enter because I was gay, but it did enter my mind that it would be awesome to have a gay person represented in a national ad campaign,” Fusco says.

Apparently, voters agreed, because the openly gay attorney beat out a sea of entrants to become one of the 12 finalists.

The nationwide search for a fit, sexy poster boy to represent the “accessible” EMJ grooming products — available at Target — is sponsored by Men’s Health Magazine.

You can vote for “Stephen F” once a day through Monday at 11:59 p.m. The top four finalists will be flown to Vegas for the announcement of the winner.

While you’re there, we recommend checking out the other hot guys vying for the win, and for a lark, the hot and not-so-hot ones who originally entered. There’s one other finalist from Atlanta, Brandon Latham, though he’s straight.

Fusco not only has the All-American good looks to do the job, but he is active in gay Atlanta. He has worked for Lambda Legal, sung with the co-ed LGBT chorus OurSong, and served on the advisory board for OutLaw, Emory Law School’s LGBT group.