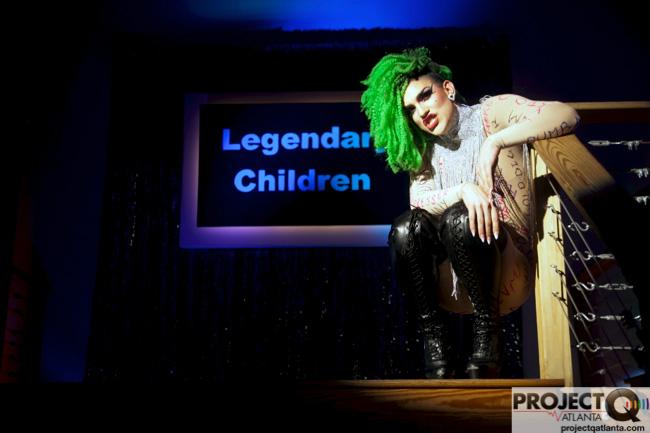 We have something that might help you weather the storm as you get over the loss of gay Atlanta’s own Trinity K. Bonet on “RuPaul’s Drag Race”: Two contests to get drag divas from the ATL back on Logo – stat!

Season 7 is still a sparkle in RuPaul’s eye, but obsessed bloggers at DragOfficial are not letting that stop them. The site is holding a tooth-and-nail contest for fans to have a say in who it might be when the drag hits the fan. Even better? Local fave, Other Show regular, innovator, “Legendary Children” veteran and title collector Evah Destruction-cum-Alexander Surian (top photo) is in the mix. Love her!

More fun? You can vote the other bitches down as you vote our grrl up. We certainly did. Get to voting, do it until your fingers bleed, and keep an eye out for more ATL queens as the contest heats up with more nominations.

Meanwhile, another DragOfficial contest is also melting the internet. It’s looking for fan favorites to put on the second season of “RuPaul’s All Stars Drag Race.” Of the Atlanta queens who have graced the show, red-headed firecracker, Atlanta City Councilman seducer Nicole Paige Brooks wants your votes this year.

So give our girl a twirl for “All Stars,” and don’t forget Evah for Season 7 of the original series that started it all. And hey, don’t say we didn’t give you anything local to take your mind off of mourning Trinity’s inspiring run.