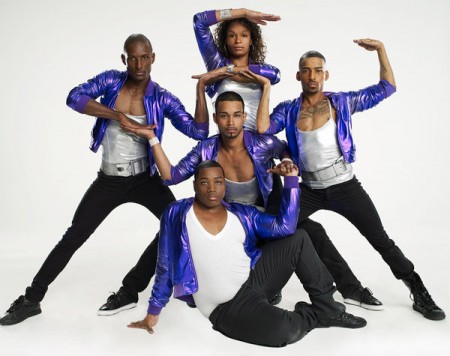 The season 4 premiere of “Randy Jackson Presents America’s Best Dance Crew” introduced America to nine very talented crews, but I can almost guarantee that the crew being talked about the most around water coolers and office cubicles the day after is New York City’s Vogue Evolution.

As the first openly gay and transgendered crew to appear on the hit MTV show these fearless dancers are breaking down barriers and introducing the world to authentic voguing. Madonna may have brought the dance form mainstream in the early 90″s and Beyonce may be biting the style today but these divas are not the originators.

Season 4 of America’s Best Dance Crew is shaping up to be the most diverse season to date with the inclusion of Vogue Evolution alone. Leiomy Maldonado, the group’s standout transgendered female, is a legend in the New York ballroom community and is open about her transition from male to female.

While there is stiff competition this year Vogue Evolution may have a leg up on the rest as judge JC Chasez pointed out; ” You all are battle tested. You’ve already been competing in underground clubs. I know society has been rough and you’ve had to fight out of that cage”.

After surviving the first round Vogue Evolution will return next week to continue in the competition. Check out the video below to see what everyone is talking about today and be sure to vote. Win or lose their presence on the show is a teachable moment for our country and a huge win for the LGBT community.