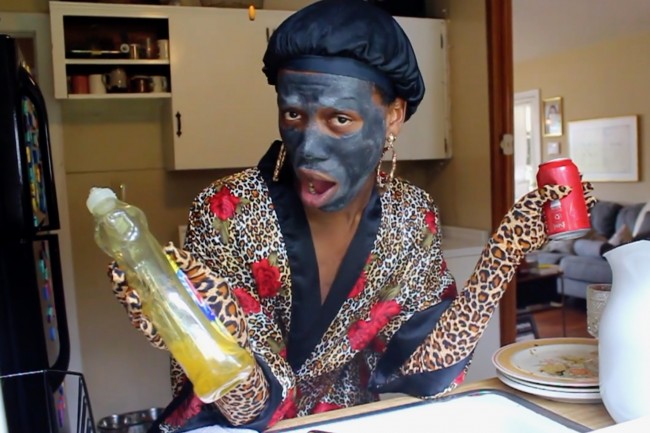 A trio of big online fundraisers over the weekend packed home screens with talent and filled coffers with cash for various local LGBTQ causes in need caused by coronavirus lockdowns. Taken together, they've raised nearly $20,000 — and counting.

On Friday night, supporters of gay dance club Heretic raised $5,710 while enjoying sets by DJs Tony Moran and Mike Pope, singers Debby Holiday and Kristine W., and other entertainers. All of the performers donated their talent, and the money goes to employees of the bar, General Manager Alan Collins wrote on the fundraiser page.

“Of course Bev, Ray and myself won't take a single penny of the money. This whole thing is for the staff,” Collins wrote.

As of Tuesday, each employee of the bar is looking at about $350 from the proceeds. Donations to the Heretic staff are still open on GoFundMe, and you can watch Friday’s livestream here.

Also on Friday, the drag troupe House of Alxndr continued its deep dive into lockdown-era virtual shows with the 404 Error Drag Show. It brought in about $650 for the performers, according to house founder Taylor Alxndr.

“We had an average of 120 viewers the night of the show, and now the stream has viewed more than 2,200 times across Twitch and Facebook,” Alxndr said.

The next night, Alxndr spun a bouncing pre-party DJ set for another fundraiser that was the centerpiece of a very queer weekend.

More than $9,000 came in on the night of the event. That’s on top of individual performer tips, and the total continues to climb, Wussy organizer Jon Dean told Project Q.

“We are still hoping some of these bigger name people will make a donation as well,” he said. “We should have a final number and officially announce this week.”

You can watch the show on Twitch, and the host groups are still taking donations on Cashapp or Venmo.

A new alliance of Atlanta film, theater and music organizations also took to the web on Sunday to raise money. Atlanta Queer Arts Alliance brought in more than $1,000 via the participating groups’ websites during the At Home Together showcase. The show debuted a powerful joining of LGBTQ forces.

The final tally for At Home Together isn't known yet, as groups pool their numbers from direct Facebook donations, said Jim Farmer, programming director for Out on Film. The film festival is one of six AQuAA founders, alongside Voices of Note, Atlanta Philharmonic Orchestra, Atlanta Freedom Bands, Out Front Theatre Company and OurSong.

You can still watch the showcase and click each of the group names above to support their ongoing efforts.

Besides the bigger weekend blowouts, several weeknight efforts continue to funnel cash into the gaps left by COVID-19 quarantines. Among them, DJ Mister Richard’s Retro Video request and dedication night every Tuesday has donated $595 so far to the out-of-work employees of Woofs. His recent Cruise Control set raised $745 for displaced Atlanta Eagle employees.

“DJs also attend and donate personally to other fundraisers for Atlanta bars like the recent Heretic Unity event,” Mister Richard told Project Q. “We understand everyone is managing a tight budget these days, and every donation no matter how small is very much appreciated. These events are a great way to chat with friends and take your mind off the current situation while enjoying some great music and videos.”

If you just can’t sit still for a show, another way to help displaced LGBTQ workers in Atlanta is by buying a t-shirt in the I Heart campaign, which has raised some $1,800 so far. You can sport the logo of your favorite queer and queer-friendly businesses.