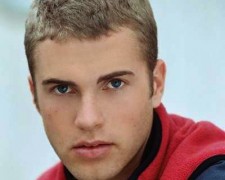 The worst night of Shane Bitney Crone’s life was May 7, 2011. But what happened afterward was a scenario he could never have envisioned. His own video love story went viral across the world, and a Hollywood A-Lister made it into an award-winning movie. Crone and “Bridegroom” hit Out On Film on Thursday night.

The unlikely activist (top photo) accompanies his film “Bridegroom” (trailer above) as it closes Out On Film 26, Atlanta’s LGBT film fesitval. The movie tells Crone’s emotional story in depth and is directed by “Designing Women” creator and Clinton-era acolyte Linda Bloodworth Thomason.

Crone and his partner Tom (bottom photo) – both in their early 20s at the time – met in Los Angeles in 2005, fell in love, started a business together and traveled the world. Two and a half years ago, a tragic accident changed their enviable trajectory.

Tom fell off a roof while taking pictures of a friend and died shortly afterwards. Not only was Crone denied hospital visitations, but Tom’s parents banned him from the funeral, threatening violence if he attended. That couldn’t have happened if their marriage was legal.

At the funeral, Crone was not even acknowledged. To help him cope with the loss – and to make a plea for same-sex marriages in the U.S. – Crone made a YouTube video titled “It Could Happen to You” (video below) that has been seen by more than four million people.

Crone knew within a few days of making the tribute to his late partner he had touched a nerve.

“People were connecting to it,” he says. “So many people have gone through the same experiences. It has happened thousands of times – guys who don’t know where their partners are buried. This is my story, but it’s a lot of people’s story.” 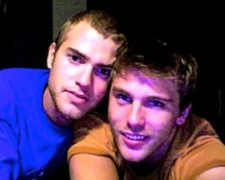 Thomason, who had previously met Shane and Tom at a wedding, saw the YouTube clip and contacted Crone about making it into a feature length film last summer.

“She said she wanted to be the one who told the story,” Crone says.

Thomason, who wrote and produced the film as well, has always been an LGBT advocate.

“It wasn’t just a Hollywood director – she has experienced loss,” Crone says. “Her mother was a victim of transfusion AIDS. She has always been passionate about equality; it’s important for her. She has seen how poorly gay men are treated and has used the entertainment world to help the community.”

The Hollywood A-lister didn’t want to demonize Tom’s parents but simply tell the story of what happened, according to Crone.

The film bowed at the Tribeca Film Festival this spring, where it was introduced by former President Bill Clinton and won the coveted Audience Award. After playing a handful of other festivals, the film opened in limited theatrical release in New York last weekend (the New York Times called it “a simply told but exceptionally moving documentary”) and will bow in Los Angeles later for Oscar consideration.

In late October, it will air on Oprah Winfrey’s OWN network. Winfrey saw the film and proactively got if for her network.

“I’m still trying to process that,” Crone says. “I am so grateful she watched it; she will reach a lot of people.

The Out On Film bow will be the final festival screening before its OWN and Netflix debut the same day. More than anything, “Bridegroom” shows what happens to LGBT couples without the protection of legal marriage.

“So many people don’t realize this can happen,” Crone says. “The film brings people face to face with it. All humans deserved to be treated equally. Love is love. Loss is loss. We all experience love the same.”

“Bridegroom” screens Oct. 10 at 8:30 p.m. at Midtown Art Cinema. It’s the closing night film of Out On Film 26. Jim Farmer is Out on Fim's festival director.