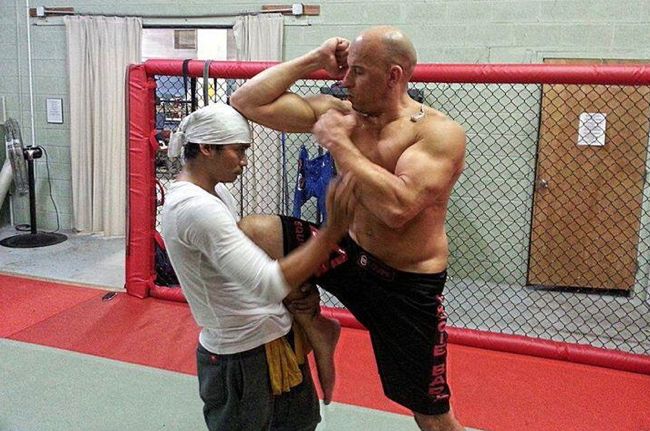 Add Vin Diesel to the list of Hollywood hunks teasing and taunting Atlanta gays. The buff star went shirtless during his "Fast & Furious 7" shooting here, and the gays gasped.

But the question remains: Is his shirtless tweet enough to match Hugh Jackman sweating with the gays in Decatur? Or Jake Gyllenhaal staying in Midtown and working out in Buckhead? Or Joe Manganiello giving the gays something to gawk at during his gym routine at LA Fitness on 5th Street?