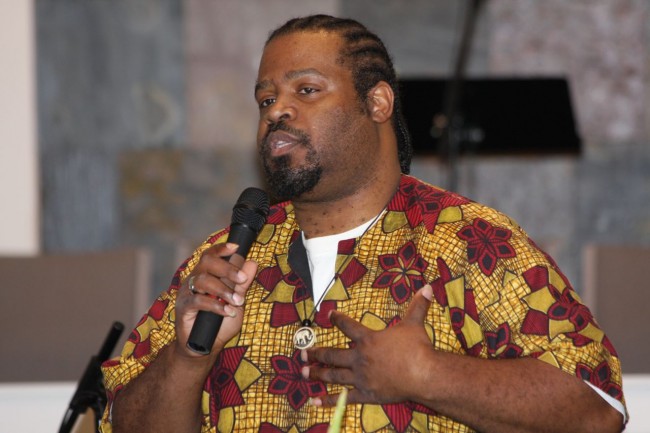 Black Gay Pride is over, so take a breath and get ready. The Atlanta Pride Festival happens in about eight weeks, but let’s not get ahead of ourselves.

Black Gay Pride opened Wednesday with a candlelight vigil at First MCC that included Raymond Duke (top photo), president of In the Life Atlanta, the group that organizes Black Pride.

Original reports by police and Southern Voice indicated that the long weekend celebration then ended with gunfire on Sunday in Piedmont Park. Those reports were updated today. Police are now backpedaling, saying the incident was sparked by a firecracker that caused a “small panic,” not the “stampede” reported earlier. They also say that no one was arrested, as the original reports said.

A highlight of the weekend was the 3rd Annual State of Black Gay America Summit, which includes a keynote address by Rev. Dr. Yvette Flunder, a third generation pastor who founded a United Church of Christ congregation in San Francisco. Blogger Darian Aaron writes that she delivered a powerful address calling on “the black gay community to no longer settle for conditional freedoms.”

“I want to make it clear that I am not in favor of accepting conditional freedoms anymore in any way anywhere. I think we have settled for to little to long”, she said.

“You see conditional freedoms sisters and brothers, or partial liberty is something that oppressed people tend to settle for. We accept it because what has been ingrained in us is a sense of second-class citizenship. We become satisfied when we’re able to get crumbs from the table,”she added.

Southern Voice also weighed in on the summit, reporting that nearly 200 people attended the event on Saturday.

What black Americans, and black LGBT Americans need to do, Flunder said, is to stop seeing themselves through the eyes of their oppressors.

There is also a myth of time, Flunder said, noting that many say only time can settle racial injustice.

“They say, ‘Why don’t you slow down? Only time can heal. Just be patient and nice and continue to pray and in 100-200 years it will all work itself out,” she said. But this is not an option, she stressed. The time is now to demand equality for everyone. 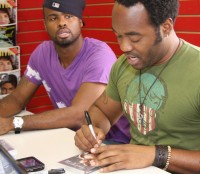 On Sunday, the director and two cast members — Eugene Turner and Derrick Briggs (photo) — from “Finding Me” made an appearance at Brushstrokes to sign copies of the DVD and meet with fans. They also screened the film during “See Us in the Life,” a film festival held Sept. 5 as part of Black Gay Pride.

View the Project Q Atlanta photo album from the “Finding Me” event.