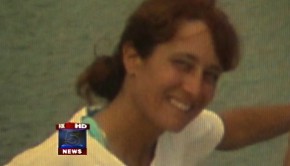 A Tuesday vigil is planned for an Atlanta woman and longtime member of the Women’s Outdoor Network who has apparently been lost at sea in a boating accident.

The U.S. Coast Guard called off its search for Laura Zekoll, 46, on Tuesday morning, just hours before friends are expected to gather at Saint Mark United Methodist Church for a vigil. Zekoll (photos) has been missing since Saturday night when the boat she was aboard, Rule 62, was swamped while attempting entry into the Bahamas, according to the Atlanta Journal-Constitution.

Three other people with Zekoll — Richard and Debra Ross of Atlanta and David Sheppard of Ellsworth, Maine – washed up on a nearby beach when their life raft overturned.

According to the Cruising Rally Association, all four managed to get on a life raft with lifejackets on and tried to row to safety.

“The life raft subsequently overturned in swells,” the association said in an update. “Richard, Debra and David were separated from Laura and washed up on the beach.”

The Rosses and Sheppard were airlifted to safety after the Coast Guard received their emergency signal. 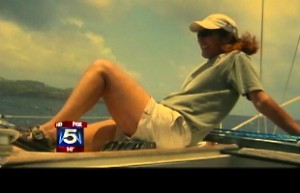 Zekoll’s disappearance has prompted an emotional outpouring among her lesbian friends in Atlanta.

prayers for community member and friend Laura Zekoll who was involved in a sailing accident over the weekend and has not been found. A prayer vigil will be held tonight at St. Mark UMC at 7pm. Prayers for all her close friends and family, too.

Anne Barr, the founder of the Decatur Women’s Sports League, also asked friends to pray for Zekoll in a post to her Facebook page.

Please everyone pray for Laura Zekoll.
She is missing from a sailing accident near the Bahamas 2 days ago.
Laura is a member of DWSL, St Mark’s Methodist Church, and is loved by all !!

A vigil for Zekoll is scheduled for 7 p.m. Tuesday, Nov. 16 at Saint Mark United Methodist Church, according to the Women’s Outdoor Network.