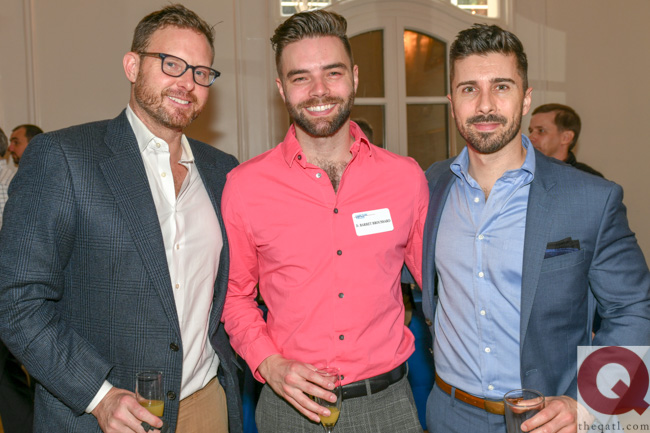 With biscuits and plenty of bubbly, the Victory Fund toasted LGBT candidates, elected officials and supporters during its annual fundraising brunch in Atlanta on Sunday.

And Annise Parker – the out former Houston mayor and new president and CEO of the Victory Fund – said despite a tough election cycle last fall for LGBT candidates in Atlanta, the organization is excited about elections in 2018.

“It's good to be here because there's a whole lot of candidates in Georgia and we're excited about that,” Parker told the crowd during the Bubbles & Biscuits brunch at Wimbish House.

Just three of 16 LGBT candidates in metro Atlanta won their races last fall and those loses included two high-profile races with Victory Fund-endorsed candidates – Cathy Woolard for Atlanta mayor and Alex Wan for City Council president. But Parker reminded voters that despite winning nine races in Houston – including three terms as mayor – she lost two races before that winning streak.

“Losing is tough. Losing hurts. If you handle losing the right way, it tells you how to refocus and win. Loses that we had here in the City of Atlanta are going to help us win in the future because we are going to get back up and blow the doors off next time.,” Parker said.

“It also focuses us on this year's elections to make sure we don't come in a day late and a dollar short and that we don't listen to anybody that says you can't do it,” she added.

Parker, who hosted a fundraiser in her Houston home for Woolard, said it's frustrating that in 2017 they still faced critics saying LGBT candidates can't win in the South.

“We were still hearing, even after all of this time electing LGBT people to office in Atlanta, oh you can't win. That is so frustrating. Of course we can win. There are no guarantees but the right candidate in the right place with the right message and community support can always win,” Parker said.

The brunch highlighted two state House incumbents the Victory Fund has already endorsed – Reps. Park Cannon and Sam Park. Both Democrats face election challenges this year – Cannon in the primary in May and Park in the general election.

“There are places where we can compete successfully, even in the South,” Parker said. “Out candidates are embedded in the community, they know what the community issues are and by being out, it gives them an immediate image of integrity, of being authentic and they run on that.”

Cannon and Park are two of the four openly LGBTQ members of the Georgia House. Reps. Karla Drenner and Renitta Shannon are running unopposed.