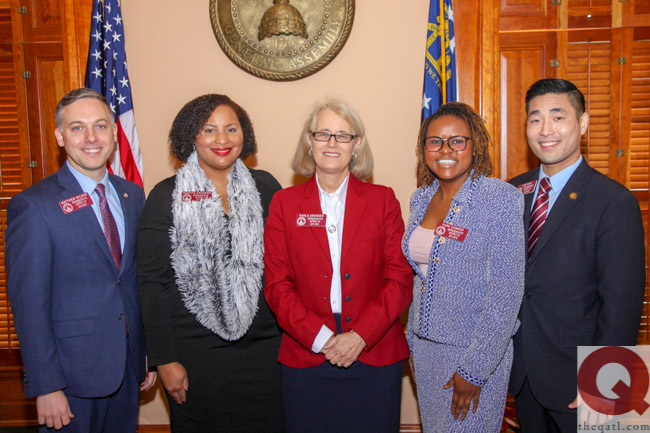 The Victory Fund and Georgia Equality endorsed the re-election campaigns of five LGBTQ state lawmakers, plus a handful of LGBTQ first-time candidates running for the Georgia General Assembly in 2020.

Jeff Graham, executive director of Georgia Equality, said the group is honored to work with the five lawmakers.

“We want to send a clear signal going into the 2020 legislative session that we will proudly stand with and defend these champions against any challengers,” Graham said in a press release.

Annise Parker, president and CEO of Victory Fund, said 2020 is an “enormous opportunity to build LGBTQ political power in Georgia.”

“The impact of three additional LGBTQ state legislators will extend well-beyond three more votes on key legislation,” she said in a press release. “These leaders will help colleagues better understand LGBTQ people, influence debates on equality, and ensure policies and legislation are thoughtful and inclusive.”

“We have worked with both Kim and Marvin for a number of years and are excited to be supporting their efforts to join the ranks of open LGBTQ legislators in Georgia,” Graham said in a press release.

He told Project Q Atlanta that the group did not endorse Sims because he’s facing an incumbent, Democratic state Rep. J. Craig Gordon.

Kelly Johnson, a former Georgia Equality board member, also did not receive an endorsement from the group. He’s facing state Sen. Donzella James in the Democratic primary in a district that includes part of Fulton and Douglas counties.

Graham said there are more endorsements to come from the group.

“I anticipate that most of the additional endorsements will be on a regular cycle, which we’ll be looking at after the qualifying period ends in March,” he said.