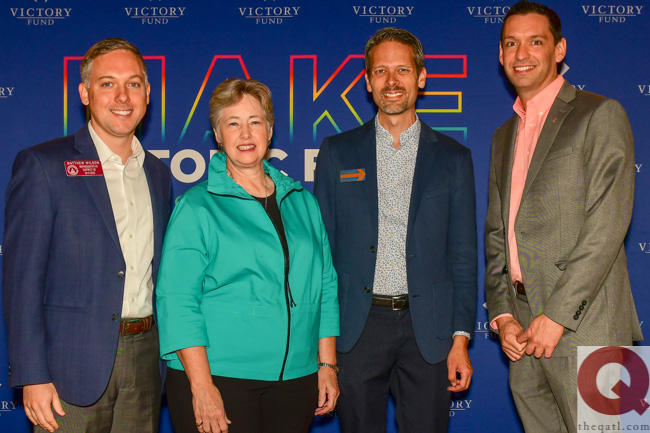 The Victory Fund toasted its LGBTQ officials, candidates and supporters at its Bubbles & Biscuits fundraiser on Sunday.

The event took place at the Wimbish House in Midtown.

Yeoman is an IT professional and the chair of the Doraville Planning & Zoning Commission. He is running to replace Pam Fleming, who was the only councilmember to vote against a sweeping, LGBTQ-inclusive nondiscrimination ordinance in November. Yeoman declined Project Q Atlanta’s request for an interview.