Variety is the spice of the latest music releases

If you’ve been in the mood for some new electro/ blues/ symphonic orchestration/ retro covers/ cabaret, you’re in luck. New releases bring variety with new albums from big names, emerging stars and an old friend or two.

Sheryl Crow and Sting are still at it, M.I.A. lets out some aggression, Jane Krakowski takes a break from stage and screen, and Marc Cohn helps us realize that we haven’t heard from him nearly enough lately.

It’s immediately apparent that Bonnie Raitt is not the only white American woman who can sing the blues. Crow infuses the soulful sounds that originally drew her to make music in the first place into her new material, which explains the high quality of the songs. She grew up in Missouri just 100 miles from Memphis and was lured into the business by the sultry sounds of Southern soul, rock and blues that commingle in that musical city.

Memphis native Justin Timberlake makes a subtle cameo on “Sign Your Name,” a cover of Terence Trent D’Arby’s 1987 hit, and the results are fantastic. Crow reimagines the song as an Al Green tune and, boy, does it work.

The whole album has a very cohesive feel that is hard to come by in today’s market of disposable music. The only track that feels a little out of place is “I Want You Back (For Michael),” which is a cover of the Jackson 5’s hit, but since Crow worked for the late King of Pop, a tribute is allowed.

iTunes features the acoustic version of “Long Road Home” as a bonus track. 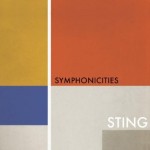 It didn’t take a genius to come up with the idea of pairing Sting’s body of work with full, lush orchestration, but the results are just that: genius.

Included are hits by the Police, like “Roxanne” and “Every Little Thing She Does is Magic,” and solo work all the way back to 1985’s “We Work the Black Seam.” Some omissions (“Every Breath You Take,” “Desert Rose,” “All This Time”) make you hope for “Symphonicities, Volume Two,” but this is a sound body of work.

The album starts off with the rocking “Next to You” and weaves its way through the mellow (“You Will Be My Ain True Love”) and the beautiful (“The End of the Game”) to the narrative “The Pirate’s Bride,” which wraps up the album.

“Englishman in New York” and “When We Dance” don’t sound markedly different than their original versions, but their inclusion is welcome on the album, which is a great example of Sting’s catalog and his vision and skill as an artist.

iTunes features the bonus track “Why Should I Cry For You?” 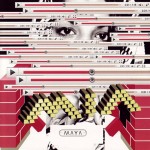 If you’re already a fan of M.I.A.’s music, then you probably think her third album is a genius blend of world music, Bollywood, electronica and hip-hop. You might thrill to the overwhelming percussion of “Steppin’Up” and the fuzzy, effects-heavy “Space” because you think it’s M.I.A.’s way of proving how cutting-edge she is as an artist and a producer.

If you are not already a fan of M.I.A.’s music, you probably think the album is a bunch of noise. Beauty is in the ear of the beholder, but if you’re looking for the next “Paper Planes,” I don’t think it’s on “/\/\/\Y/\,” which is taken from the Sri Lankan singer’s given name, Maya Arulpragasm. 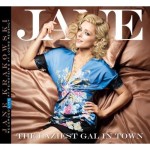 Some may not know that the woman behind Jenna Maroney on “30 Rock” has a background in musical theater, but Krakowski won a Tony for her role in “Nine” in 2003 and has been a Broadway darling for years and years. This album, a blend of stories and saucy, campy cabaret numbers, showcases Krakowski’s solid vocals and is probably one of the gayest albums ever made.

Listen for showtunes, torch songs and rare versions of classics, including a send up of Twitter based on the showtune “Zip,” a medley of “Diamonds are a Girl’s Best Friend” and “Gold Digger” that features a rap. There’s even a sensuous rendition of “Rubber Duckie” from “Sesame Street.”

Krakowski’s ebullient personality comes through the 10 spoken interludes and 11 songs, and her impeccable vocal delivery will make you yearn for a follow-up album. 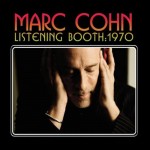 The Grammy Award-winning singer-songwriter recorded a flawless set of covers from a particularly groovy year in music for his fifth album. Among the hits of yesteryear are Cat Stevens’ “Wild World,” John Fogerty’s “Long as I Can See the Light,” Paul McCartney’s “Maybe I’m Amazed,” the Boxtops’ “The Letter,” and Paul Simon’s “The Only Living Boy in New York.”

Guest vocalists India.Arie, Aimee Mann, Jim Lauderdale, and Kristina Train show up on a four duets, including Smokey Robinson’s “Tears of a Clown.”

Cohn, who was shot in the head in 2005 during a carjacking attempt, is in top form on this mellow album. All of the promise from his 1991 debut (which featured the ubiquitous and stellar “Walking in Memphis” and the tender and gorgeous “True Companion”) can be heard here, but Cohn’s growth as an artist also shines through. Only a true master of his trade can take covers as universally recognized as some of these songs and make them his own.