Vandy Beth Glenn took her story of transgender discrimination in Atlanta to Washington, D.C. on Wednesday as part of a Congressional hearing on the Employment Non-Discrimination Act.

Glenn testified on Wednesday, relating her story of being fired as an aide to the Georgia General Assembly when she announced her transition from male to female in 2007. 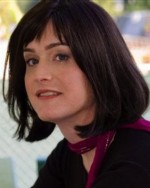 She said Sewell Brumby, legislative counsel to the General Assembly and head of her office, asked to speak with her after she informed her supervisor about her decision.

“Mr. Brumby told me that people would think I was immoral,” she said. “He told me I’d make other people uncomfortable, just by being myself. He told me that my transition was unacceptable. And, over and over, he told me it was inappropriate.”

Glenn said she was then fired, escorted back to her desk, told to clean it out and was marched out of the building.

“The only thing that changed was my gender — and because of that, the legislature I’d worked so hard for no longer had any use for my skills,” she said. “I was devastated.”

Lambda Legal is currently representing Glenn in a federal lawsuit against the Georgia General Assembly. The case, known as Glenn v. Brumby, was filed in July 2008 and is pending before the U.S. District Court for the Northern District of Georgia. Lambda Legal says the General Assembly violated Glenn’s protections under the equal protection clause when she was fired after she confirmed her intent to transition.