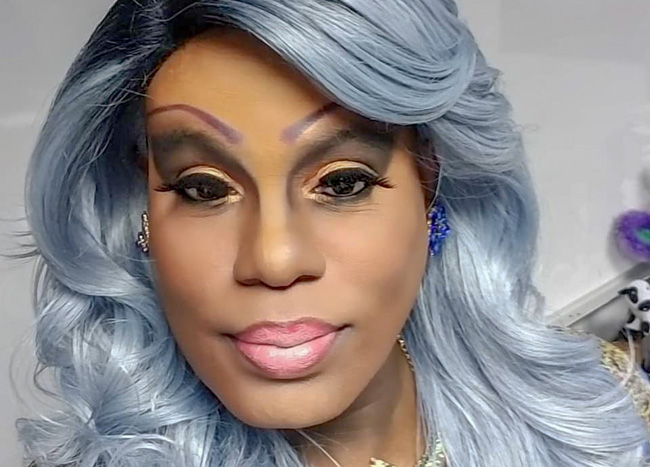 Popular Atlanta drag queen Miss Sophia was dropped as a cast member from V-103’s popular “Frank & Wanda in the Morning” show last week – a surprise to the longtime radio personality.

With ratings up, Miss Sophia (top photo) expected to ink a new contract during her Jan. 3 meeting with V-103 General Manager Rick Caffey. Instead, she and co-host Wanda Smith were replaced.

“When we first arrived, the numbers were in the tank. We did bring the numbers up — we were the number one morning show,” Miss Sophia told Project Q Atlanta on Wednesday. “I was expecting because we did what they hired us to do, they would give us a new offer.”

“How do you justify getting rid of two team members and keeping the one?” she added.

This was Miss Sophia’s second stint with V-103. She was on the same morning show with Smith and Frank Ski from 2005 to 2010. The station brought her back in late 2017 to work with Smith and Ryan Cameron, but Cameron left soon after, according to the AJC. Ski returned to his morning slot to take Cameron’s place.

Miss Sophia — who was in the news recently defending Kevin Hart over past homophobic tweets and his selection as Oscar host — told the AJC that Ski didn’t treat her well the first time they worked together.

“The conversations that we had, cutting me off in the middle of explaining myself or how I feel about a certain situation, negative comments, being derogatory — you don’t come off as a team player,” she told Project Q. “When I found out he was going to be the one that replaced Ryan, I told him I am going to be respected this go-round. No ifs, ands or buts about it.”

Miss Sophia said she thought Ski’s treatment during their first stint might have to do with her being gay and a drag queen.

“I would be lying if I said it didn’t. I did let him know that I’ve been in this business long enough to know when I’m being respected and being tolerated,” she said. “And a lot of times I felt I was being tolerated. Because I was part of the show, I think he thought people thought he didn’t have a problem with gay people, but if your actions don’t match what’s coming out of your mouth, I’m going to go with your actions.”

Miss Sophia said she plans on staying in Atlanta “for at least another year.” She’s also getting in touch with Mixx to get her Wednesday night “Komedy & Karaoke” show started back up after a holiday hiatus.

“Look out, because Sophia is still around, and I have some things up my sleeve,” she said. “I came back to Atlanta with a plan and now that I’m no longer with V103, I can move into my direction, my purpose.”

Miss Sophia and Smith are being replaced by Los Angeles singer Jade Novah and New York sports radio personality JR Jackson, according to the AJC.