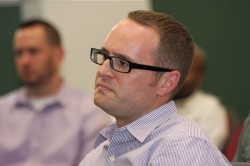 We’ve covered all of these stories in recent days, but new developments call for an update. Consider yourself now in the know.

Piedmont Park Attack: The six teens, ranging in age from 13 to 19, that smacked around and robbed at gunpoint gay Rev. Josh Noblitt (top photo) and his boyfriend as they picnicked in the park July 2 are being charged as adults. They appeared in court Monday to be arraigned and are scheduled for a bond hearing on Aug. 19. 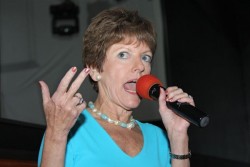 Mary Norwood: The gift that keeps on giving, the gay-loving, same-sex marriage supportive Norwood (second photo) is out. Finally. She told supporters on her campaign site that after “a long and disappointing week” she’s opted not to appeal a judge’s decision that offered no help in getting her on the ballot. Norwood says she “was not allowed on the ballot” yet never mentions that was her own fault since she missed the filing deadline. So much for those petition drives going poolside with the gays and drag queens. 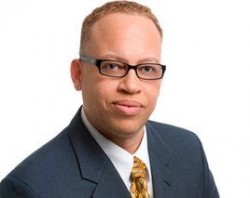 Park Cruising Death: The New Jersey sheriff that has presided over a long-running sting in a park known for gay cruising needs to “make some adjustments,” so he’s temporarily postponing the operation. The announcement comes two weeks after one of his officers shot and killed Atlanta resident DeFarra Gaymon (third photo) in the park.

HIV Grants for Atlanta Agencies: On Tuesday, four Atlanta groups were among 133 agencies across the U.S. that received five-year grants from the Atlanta-based Centers for Disease Control & Prevention to boost their HIV prevention efforts. Now we know what each group will receive each year of the grants: AID Atlanta, $389,580; AIDGwinnett, $315,836, Positive Impact, $389,580; Saint Joseph’s Mercy Care Services, $337,248.