Um, I think my date just bailed without saying goodbye 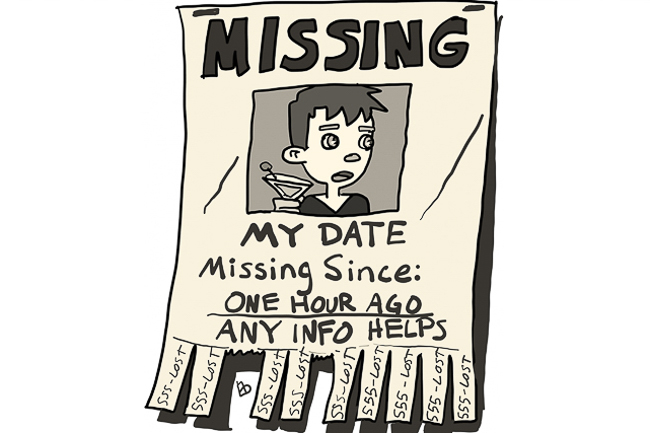 “Some 90 minutes and several questions from friends about his absence later, I got a return text, “I’m fine.” Then another “I went home.” What the hell?”

I consider myself a pretty good catch. I’m reasonably intelligent and attractive, take care of myself, well employed, and most of all, a nice person. So when a date bailed on me, I was floored.

With VIP access to a fun group event, I invited this good-looking guy I know to tag along, hoping to entertain and explore the sexual tension between us. He was introduced around to a lot of great people during a general admission happy hour and a VIP pre-party. He posed happily for photos with me and my friends.

I had a couple beers and noticed he was tipping back beer as well as cocktails. He was going at it like it was his job, but I didn’t think much of it. It was a party after all, and several people were tipsy.

During the main event, we shared a kiss or two, a personal touch here and there, and at first I thought things were OK. As the night wore on, he became a little more distant, and ultimately, kinda surly. I wondered if he wasn’t having fun, but I thought we’d get through it and maybe chalk it up as a dating fail.

Then without warning, he excused himself to the restroom and didn’t come back. It was a big event with hundreds of people, so I gave him 30 minutes before I texted. No response. After an hour, I began to worry and wonder if he’d just decided to leave.

Some 90 minutes and several questions from friends about his absence later, I got a return text, “I’m fine.” Then another “I went home.”

What the hell? Are we past even saying goodbye now? I’m OK I guess, but it does sting.

Queers being insensitive to each other is practically an epidemic. Even when we aren’t inebriated, too many of us are anesthetized to each other’s needs. Self-care and “getting ours” in this world are important, but are we so wrapped up in ourselves that we can click “delete,” select “ignore,” or tick the “block” box in real life as easily as we do on social media?

Though there is no good excuse for his behavior, a few thoughts come up to put toward your peace of mind. Alcohol clearly played a role, whether it enhanced his natural surliness and lack of empathy, skewed his decision-making ability, created the issues that led his ultimate departure, or all three.

What if he was so drunk that he got sick in the restroom and couldn’t face you and your friends? What if he was intimidated by the VIP treatment? What if he just lacked basic social skills?

No matter what it was, his choices were 100% about him and nothing about you. You may never know what his deal was, but you do know enough to be grateful. Thank goodness he showed his true colors now rather than six months from now when you’d be more invested in the relationship.

That doesn’t directly alleviate your hurt feelings, but you may find some relief in it. Rest easier, too, by focusing on lessons you can take that he has yet to learn — about how to treat people and how you need to be treated.

Pick up a new edition of Q magazine each week at LGBTQ and queer-allied venues around town, and read past versions of The Q advice column here.