UGA’s Joe Cox lives up to his name 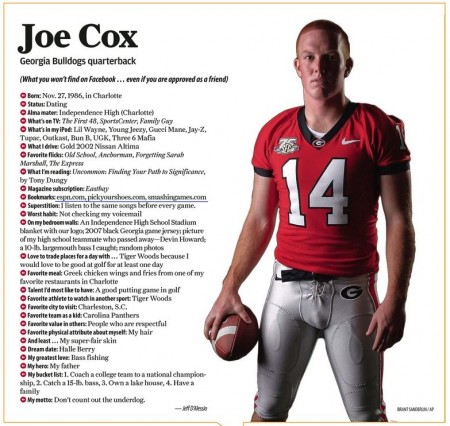 Oh, Joe, we so know it’s not your, well, wanker. How’s that? The new Bulldgos stud failed to tuck or wear a cup when he posed for a photo to run alongside a profile in the Sporting News. The piece sheds light on the new Not-So-Big Man on Campus, his faves and his greatest loves. It also shows every inch of his flaccid penis. No cup and no air brushing.

The whole incident is made worse only by his unfortunate last name.

In the profile, Cox says his status is “dating.” At least his dates now know what they’re getting into.