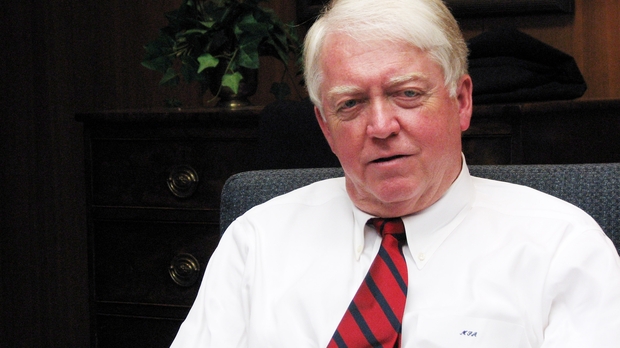 UGA President Michael Adams is pushing ahead with putting in place domestic partner benefits for employees, a historic move for a proposal that’s failed three times in recent years.

Adams says he penned a letter to his bosses – the chancellor and Board of Regents – and expressed his argument that he has the authority to start the voluntary benefits without any further approval. But he will need an estimated $270,000 to fund the benefits since state money won’t be used.

Adams tells the Red & Black that he wants the benefits in place by the end of the 2013 fiscal year, which is June 30. That is also when Adams will step down.

“I crafted a letter which I sent to the chancellor and [Board of] Regents asking for the flexibility to move forward on the voluntary benefits and for the right to consider health care benefits,” he said.

“I indicated in the letter that I believe I had the authority to do that in consistent with what Georgia Tech and some other schools have done,” he said. “I intend to carry out the council’s wishes in that regard.”

Adams’ action comes after the University Council approved a proposal providing health insurance and voluntary benefits to unmarried partners including those of gay employees, sending it to Adams to approve and fund. It’s similar to measures the council has approved in 2002, 2005 and 2007. But those proposals urged the Board of Regents to take action and the policy-making body ignored each request.

Now, about that big rivalry football game each fall in hateful Jacksonville.