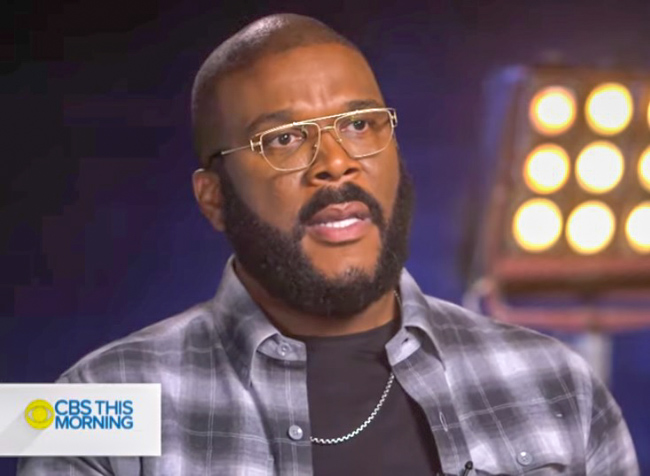 The youth will also receive training in the entertainment business, according to an interview Perry (photo) did with “CBS This Morning” anchor Gayle King. Perry held the grand opening of the studio on the site of the former Fort McPherson complex in October.

“I’ll tell you what I’m most excited about next,” he told King. “Pulling this next phase off is building a compound for trafficked women and girls, homeless women, LGBTQ youth who were put out and displaced, and having a compound that is a beautiful place right here somewhere on this 330 acres where they are trained in the business and they become self-sufficient.”

“They’ll live in nice apartments, there’s daycare. There’s all these wonderful things that allows them to reenter society and then pay it forward again. That’s what I hope to do soon,” he added.

It’s unclear how LGBTQ homeless youth would get connected with the program, how many apartments would be set aside for the youth, or when the program will start.

“At this time, we’re in the early stages of this initiative and are not ready to discuss the details of it publicly,” Tracy McGraw, a spokesperson for Tyler Perry Studios, told Project Q Atlanta.

Tyler Perry Studios will also be the site of the next Democratic presidential debate on Nov. 20.

There are over 800 LGBTQ homeless youth in Atlanta, according to a new Georgia State University study released in October.