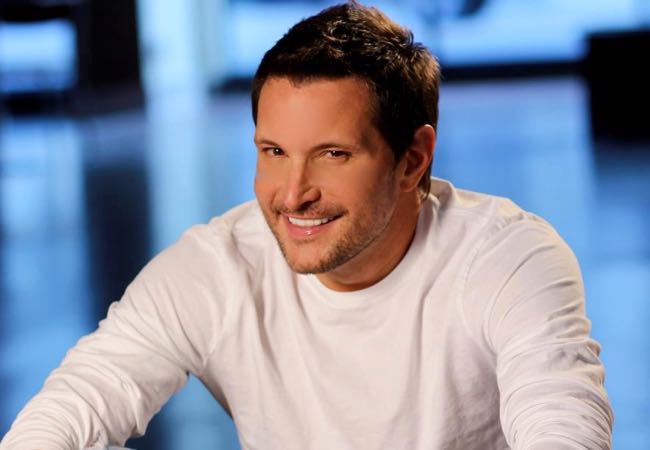 Country singer Ty Herndon, who headlined a show at gay Houston’s Neon Boots last month, came out as an “out, proud and happy gay man” on Thursday.

The Billboard-topping singer, who grew up in Alabama before living in Dallas for several years in the early ’90s and eventually returning to Nashville, is working on a career resurgence and has a solo album due out next year. And now, he’ll do it as an openly gay singer.

“My mother probably knew I was gay before I did. I remember sitting down with her and having the conversation,” recalls Herndon, noting his career path in country worried her. But, ultimately, “she was more concerned about me having a happy life. You have to be able to do that in your own skin, and [my family] has seen me struggle with being gay my whole career.”

But he tells the magazine that he’s ready for the next chapter.

“[Being gay] is just an addendum. I’m a gay man, and I’m looking forward to living the rest of my life authentically and happy,” Herndon says.

Herndon, 52, has a partner, Matt, and both have struggled to reconcile being gay with their Christian background, he says.

Both the singer and his partner are practicing Christians, and Herndon says it’s taken time to reconcile his faith with his sexuality. But he’s getting there.

“I sit on the tailgate of my pickup truck, and I meditate, and I talk to God,” he says. “That’s really all I need to know. I have a connection to something bigger than myself, and no one’s going to tell me that I can’t have it. We get to choose who we love, and that includes God, and he loves us back.”

On Oct. 17, Herndon – with his mom in tow – performed at the gay Neon Boots. He performed a rundown of his hits as well as selections from his latest release, “Lies I Told Myself.” He also gave a shout out to his mom, Peggy.

“The reason I was ever on this planet in the first place was because I have this awesome mama, my mom is here tonight, Mama Peggy. I told her, ‘The boys are going to love you tonight, mama,'” Herndon says during the show (second video).

Herndon’s career hit a bump in 1995, just as he scored his first No. 1 hit with “What Mattered Most.” Living in Dallas and playing the honky tonk circuit, he was arrested in Fort Worth after a police officer says Herndon exposed himself to him in a park, just 90 minutes before he was set to perform at a convention of police chiefs. He was charged with indecent exposure and possession of methamphetamine.

The arrest pushed him in to rehab, he told the Birmingham News in 2011.

The indecency charge was dropped in a plea bargain, after the singer said he had merely been relieving himself on the way to his Fort Worth show. Herndon pled guilty to the drug charge. Given probation, he promptly checked into a drug rehab center for the five most difficult weeks of his life.

“What got me through all that is, even in my darkest hour, I held on to my faith,” he says. “I believe that whatever we go through, it’s for a purpose. You learn from the bad things as well as the good. I can’t control what people say about me, but I can control my own destiny. My future is full of wonderful things, simply because of some of these things I’ve gone through.”

Herndon tells People that he owns his mistakes.

“I have made a lot of mistakes in my life. They’ve been my mistakes, and I own them,” says Herndon. “I’ve done a lot of work around forgiveness with people that I’ve hurt and people I’ve not been honest with because of my sexuality.”