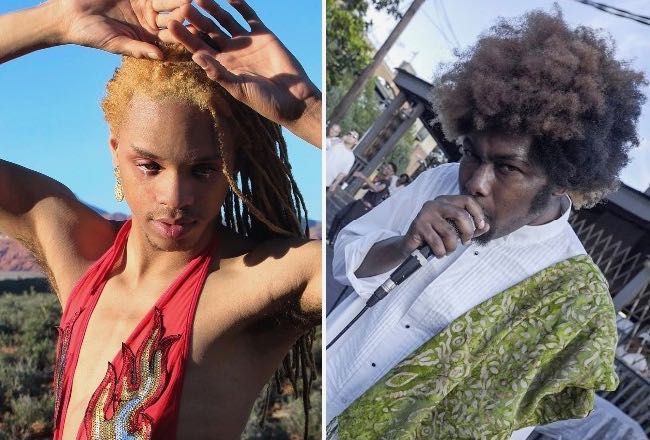 Friends are mourning the deaths of Montell Newton and Kiwan Benson, two LGBTQ Atlanta artists and musicians who drowned off Tybee Island on Monday.

Newton (photo left), 24, and Benson, 31, were reported missing Monday evening near the south end of the island, according to Tybee Island officials. Tybee Island Fire/Rescue, the U.S. Coast Guard, Georgia Department of Natural Resources and Chatham County authorities searched for them for two days until their bodies were found Wednesday, authorities said.

Gay Atlanta musician Corey Pope was a friend of both and said the pair were “almost twins.”

“When you saw one, you were bound to see the other,” Pope told Project Q Atlanta. “Kiwan is the only person that called Monte by his real name (Montell). They had a tight bond and a mutual respect for each other. I really admired that about them.”

Newton was known as MonteQarlo, a queer artist and musician, as well as an organizer for Southern Fried Queer Pride. The Detroit native also recently performed under the name Scenario Joanz.

“They would literally give the shirt they had on if you asked them for it,” he said. “They, like Kiwan, were very big on community and creating spaces for POC (people of color), trans, LGBTQ artists and people to come and be themselves around others just like them.”

Newton created the QTPOC (queer and trans people of color) underground party Clutch. They told Q magazine last year, “Essentially, I just wanna present queer folks, especially those of color, in a way that accurately represents the diverse pool of talent in the community.”

They were also a regular performer at the Sweet Tea variety show and performed at the Atlanta Pride festival last year.

“What made Monte special was their authenticity,” Pope said. “A truly genuine and sweet person who loved being an artist and helping people.”

Benson was a queer artist and musician who was a member of the band the African Space Program Collective.

“Kiwan was a very sweet guy. He was about community. He was very big on helping his fellow struggling artists — especially us black ones. He shared everything with you, his life was an open book and I really loved that about him,” Pope said.

Friends of the two artists plan to gather Thursday during Off Tha Wall: A Black Queer Art Show at Murmur Gallery for a remembrance. A celebration of the lives of Newton and Benson will take place Saturday at 529, with proceeds going to their families.