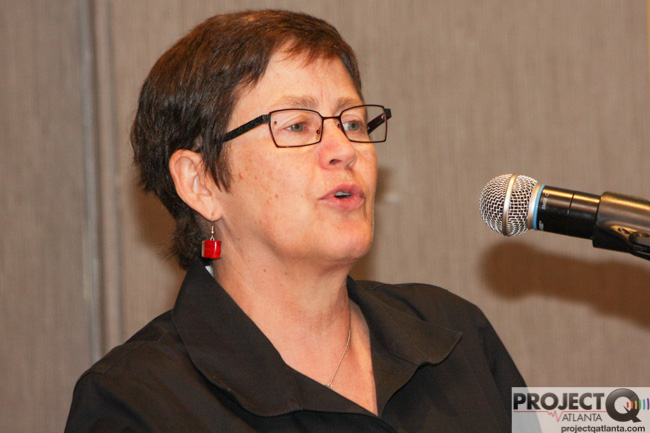 Two insurance companies in Georgia – Cigna and Humana – try to keep HIV-positive people off their health insurance plans and throw up hurdles to life-saving HIV medications, according to a new federal complaint.

The complaint from the AIDS Research Consortium of Atlanta and the Center for Health Law & Policy Innovation at Harvard Law School accuses the two insurance giants in Georgia of making HIV treatments “virtually unaffordable” by placing them at the top of a tiered cost system, and requiring high co-insurance payments, adding pre-authorization requirements and strict limited quantities. Those restrictions discourage participation by people with HIV in insurance plans offered by those companies, which violates the anti-discrimination provision of the federal Affordable Care Act, according to the complaint.

“Advances in HIV treatment mean that people living with HIV can lead long and productive lives, but only if they have continuous and uninterrupted access to HIV medications,” Melanie Thompson (photo), ARCA's principal investigator and a member of the Fulton County Task Force on HIV/AIDS, said in a prepared statement.

“Lapses in HIV medications can lead to lifelong viral resistance and ultimately medication failure. Likewise, we should not forget that effective HIV treatment also prevents HIV transmission, so obstructing access to medications is a public health issue,” Thompson added.

ARCA and CHLPI filed the complaint on Tuesday with the Office of Civil Rights of the U.S. Department of Health & Human Services. The two organizations partnered with groups in six other states – AIDS Alabama, AIDS Foundation of Chicago, CrescentCare in Louisiana, Nashville CARES, AIDS Resource Center of Wisconsin and AIDS Law Project of Pennsylvania – to file complaints against a total of seven insurers:

In 2015, ARCA worked with HIV and health advocates to analyze Affordable Care Act plans in Georgia to target issues with access to HIV medications. The study looked at a lack of coverage of medications recommended by federal guidelines, requirements for high out-of-pocket costs and restrictions including prior authorization and limits on the quantity of pills that could be dispensed. When it came to Cigna and Humana plans in Georgia, the results of the study were disturbing, according to ARCA.

The analysis by ARCA and CHLPI showed that many insurers were able to provide guideline-recommended HIV therapies with reasonable cost sharing by patients. However, plans by Cigna and Humana placed all of the federally-recommended treatments for HIV at the top of a tiered cost system, making them virtually unaffordable. For example, both Cigna and Humana placed all of these medicines on Tier 4 or Tier 5, requiring high co-insurance (up to 50% of the drug’s cost) and often prior authorization requirements and strict quantity limits.

This morning, ARCA and Harvard Center for Health Law and Policy Innovation (CHLPI) filed federal discrimination complaints against Cigna & Humana because their plans make recommended drugs unaffordable for people with HIV. This is illegal. ARCA assembled a group of advocates who analyzed all 45 silver Qualified Health Plans on the ACA Marketplace in 2015-2016. CHLPI's national analysis with other state partners resulted in multiple other complaints being filed in 6 other states. Unfair competition by some insurers raises costs for others and drives them out of the Marketplace. We will never #EndAIDS in GA until we end discrimination in all its forms.

The study showed that the plans are designed to be discriminatory, according to Robert Greenwald, CHLPI’s faculty professor and a professor at Harvard Law School.

“When an insurer requires chronically ill patients to pay a disproportionate share of the cost of medication it violates federal law,” Greenwald said in a prepared statement.

“These are landmark complaints that will benefit everyone looking to receive equitable, comprehensive health care through the marketplaces by helping to define anti-discrimination law at a time when insurers are covering less and less,” Greenwald added.

Thompson said the plans are an attempt to undercut bans on restrictions for pre-existing conditions found in the federal healthcare law.

“Some insurers try to discourage patients with expensive diseases from joining their plans, thus undercutting the ACA’s ban on restrictions around pre-existing conditions,” Thompson said.

“Insurers that discriminate destabilize the marketplace by cherry-picking less expensive patients and driving up costs for other insurers. We see the repercussions of this unfair competition as some insurers opt to leave the federal marketplaces entirely, reducing consumer choice and leaving patients at the mercy of insurers whose plans are less affordable,” Thompson added.

Cigna and Humana have not yet responded publicly to the complaint.