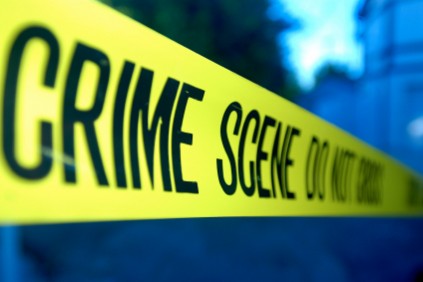 The Georgia Supreme Court will hear arguments next week in two gruesome murders of gay men that took place after the alleged killers spurned romantic advances.

The first case, with oral arguments scheduled for Tuesday, centers on the December 2006 slaying of Kory Gore, who died after having his throat slashed and being repeatedly stabbed. Patrick Lynch was charged in the murder, but prior to his trial earlier this year, a DeKalb County judge suppressed his confession and evidence linking Lynch to a similar homicide in North Carolina.

Prosecutors allege Lynch killed Gore and stole his Ford Expedition after the pair went clubbing, returned to Gore’s home and stripped down to their boxer shorts. Gore made a sexual advance, which Lynch rejected, and in an ensuing struggle, Lynch grabbed a knife from the counter and stabbed Gore.

“I think in his chest,” Lynch says, according to court documents. “After that he started running from me and I kept stabbing hiim. When he turned around I cut him across his neck.”

Prosecutors say Lynch showered to wash off the blood before fleeing in Gore’s SUV. He was arrested days later in North Carolina after a high speed chase. Lynch allegedly confessed to investigators, but his attorneys later argued that the suspect had been abused by investigators in North Carolina. DeKalb Superior Court Judge Linda Warren Hunter agreed and suppressed the confession. She also refused to allow prosecutors to show evidence linking Lynch to an October 2006 murder of another gay man.

Lynch’s attorneys argue that evidence supports their assertions that Lynch was physically and mentally abused prior to his confession.

The second case, to be argued before the state’s high court Sept. 9, centers on the brutal killing of a gay travel agent in his Buckhead condo in 2002. College students Joseph Hall, 18, and Edward McCloud, 21, traveled on a bus from Montgomery to Atlanta in April 2002 and met David Cook, who took them to his high-rise condo near Lenox Mall to “party and have sex,” according to court documents.

During a trial in 2003, Hall said that he was high on cocaine and watched Cook and McCloud have sex. But when Hall rejected Cook’s sexual advances, Hall stabbed him more than 20 times in a rage triggered by childhood memories of seeing his father stab his mother to death.

Hall testified that McCloud cut Cook’s throat and wrapped his head in a pillow case and towel. After tying his hands and feet with a cord and shirt, the pair took Cook’s car and credit cards and returned to Alabama. Cook died from at least 36 stab wounds that punctured his lung, larynx and neck artery, according to court documents.

In June 2003, Hall was sentenced to life in prison plus 33 years for malice murder, aggravated assault, theft by taking and credit card fraud. His appeals attorney argues that Hall’s trial attorney was ineffective during the trial and didn’t take steps to introduce evidence to support Hall’s testimony the he killed Cook in self-defense.