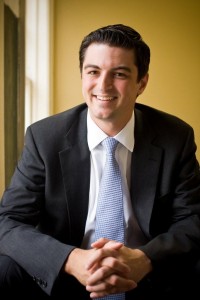 If you wondered whether endorsements from Atlanta-based gay rights groups are coveted by candidates, take the case of Amir Farokhi’s bid for the Atlanta City Council At-Large Post 2 seat.

Farokhi (photo), an attorney who’s spent some time glad-handing at LGBT events this summer, announced Monday both Georgia Equality and Georgia Log Cabin Republicans endorsed his campaign. Trouble is, he was so quick on the trigger with the announcement that neither group has even announced their pick yet.

“I’m honored to have the support of leading advocates in Atlanta’s LGBT community,” Farokhi says. “We stand side-by-side in our unwavering commitment to equality and inclusion, and I intend to see that commitment followed in our next City Council.”

The release also includes a statement from Jeff Graham, executive director of Georgia Equality, who says the unanimous vote by the organization’s board to back Farokhi over Weslee Knapp and Aaron Watson came after “he spent the time learning about our community and incorporating our issues into his campaign.” Graham adds:

“Atlanta needs leaders who are accessible to our community, knowledgeable about our needs and dedicated advocates for equality. Amir is that kind of leader, and we’re proud to support his candidacy for City Council.”

But the race highlights a split among the endorsements in the At-Large Post 2 race among gay groups. On Friday, Atlanta Stonewall Democrats announced it backs Watson in the race, though their backing includes no mention of LGBT issues:

Aaron has served on the Atlanta School Board both as a member and as Board President. He has proven his commitment to equality in this difficult arena as well as scored 100% on our survey. His Board service also included chairing the critical Finance Committee and overseeing an annual operating budget of $450 million and a capital improvement budget of $430 million, funds used to build new schools, renovate decaying ones, and install modern information technology for all students. Aaron’s elected office experience shows how he understands budgeting, the effective implementation of accountability standards and the need to fulfill a group leadership role. Since his school board service, Aaron has most recently been working on the challenges of establishing sensible transportation options. He seeks to link neighborhoods, promote smart land use, controlled housing density and establishing protected green space.