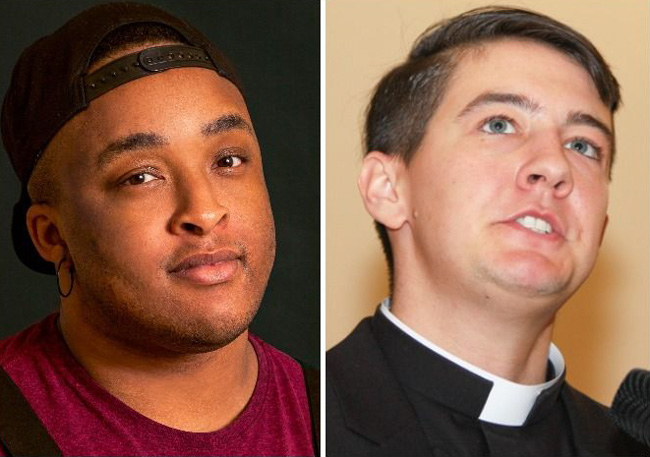 Half of Atlanta Pride’s staff resigned in the past month as the non-profit manages sustained criticism from former board members, committee members and employees.

Alxndr was outreach and events specialist, and Sorrells was programs and partnerships manager. They declined to comment about their resignations. The remaining Atlanta Pride staff members are Executive Director Jamie Fergerson and Operations Manager Lynn Barfield.

Fergerson told Project Q Atlanta that Alxndr and Sorrells have been “valuable members” since being hired in 2017.

“They have grown and diversified our programs and community partnerships, making APC a better organization,” she said in a statement.

Alxndr left Atlanta Pride to focus on other work and creative projects, Fergerson said. Sorrells left to care for a new baby that they and their wife had in October, which Sorrells confirmed in an email to the group’s members on Jan. 10.

“We will miss them and their daily contributions, but I look forward to seeing Taylor's new creative endeavors, and I wish Kim and their family all the best in this special time,” Fergerson said. “I appreciate that both have offered to continue working with APC on specific programs and goals in the future.”

Two new Atlanta Pride positions have been created to fill Alxndr’s and Sorrells’ roles, according to Fergerson.

The departure of Alxndr and Sorrells follows several board member resignations and criticism of the group’s leadership over the last three months.

Atlanta Pride Board Chair Sean Cox resigned in October after a failed effort to oust Fergerson. He warned that the organization had “significant financial issues, management issues, contract issues” and sponsor complaints, which Fergerson denied.

An Atlanta Pride attorney recommended replacing Fergerson and making wholesale changes to a “clearly dysfunctional” board, according to a memo she wrote to the board in August.

Atlanta Pride hired a public relations firm in October to manage the fallout from the leak of internal reports and criticism from current and former employees, volunteers, committee members and board members. Fergerson also asked Atlanta police to investigate the leaked documents, though an incident report lists the incident as a “non-crime.”

Atlanta Pride tried to oust board member Chris Jones after he publicly raised concerns about the organization’s leadership and financial future in November, but the vote failed. Jones and Travis Brookshire gave up their seats on the board in December and claimed that the organization conducted a “sham” board election, is awash in secrecy and is plagued by entrenched power.