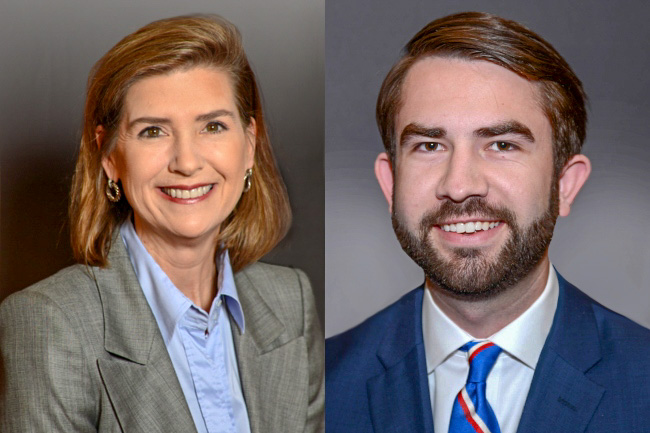 A pair of bills from Republican lawmakers that would address Georgia’s worst-in-the-nation HIV epidemic advanced in the Georgia House on Tuesday.

The bills, part of a package of HIV legislation sponsored by Republicans, would address medication for people on Medicaid and create a needle exchange program for injection drug users.

Rep. Deborah Silcox, a Republican from Sandy Springs, sponsored House Bill 158, which would make it easier for HIV-positive Medicaid recipients to receive the most effective medications. The legislation made it to the House floor on Tuesday after the House Health & Human Services Committee passed it on Feb. 12.

“This law is desperately needed because eligibility for the Georgia AIDS Drug Assistance [ADAP] program is not the same as Medicaid with respect to HIV medications,” Silcox said Tuesday as she introduced the bill on the House floor.

House lawmakers had no questions for Silcox about HB 158 and the bill passed unanimously 169 to 0.

'Bipartisan issue we can all agree on'

Also Tuesday, the HHS committee unanimously passed House Bill 217, which would create a needle exchange program to help reduce HIV rates. It now moves to the full House for consideration.

Rep. Houston Gaines (second photo), a Republican from Athens who sponsored the bill, said the legislation would create a syringe services program to allow people who inject drugs to exchange used needles for clean ones.

“This legislation would benefit these individuals, but also Georgia as a whole,” he said at the committee meeting on Tuesday. “The spread of HIV and viral hepatitis C is not limited to people who inject drugs, and as such, every Georgian is at risk.”

“Put simply, any measure that reduces the spread of seriously infectious diseases is good for the overall health of our state. It is a bipartisan issue we can all agree on,” he added.

Gaines said HIV, hepatitis C and other infectious diseases can be held in used needles for weeks.

“This bill would allow for us to slow and hopefully stop people who inject drugs from contracting these infections by allowing needle exchange programs to offer clean needles,” he said. “Preventing continued needle-transmitted disease is the first step to prevention in our communities. We don’t want anyone – including those who inject drugs – contracting these infections.”

“The state’s growing opioid epidemic means increased vulnerability for HIV acquisition. This bill would help curtail new transmissions, provide a pathway to drug treatment programs and prevent overdose by providing access to the overdose reversal drug Naloxone to vulnerable folks in our community,” he added NYGoodHealth.

The Georgia Department of Health would supervise, regulate and register the syringe services programs.

Gaines' legislation has five co-sponsors, including Rep. Karla Drenner, a Democrat from Avondale Estates who is one of the legislature’s five LGBTQ members. The other four co-sponsors are Republicans: Silcox and Reps. Sharon Cooper of Marietta, Mark Newton of Augusta and Katie Dempsey of Rome. Gaines, Silcox, Cooper and Newton are all on the HHS committee. Newton is also the majority caucus deputy whip.

HB 217 is another in a string of Republican-sponsored bills tackling HIV — traditionally legislation pushed by Democrats.

“This bill joins Chairman Cooper’s and Rep. Silcox’s as part of a package to address HIV in our state,” Gaines said at Tuesday’s HHS meeting.

Cooper sponsored a bill that would create a three-year pilot program to provide free PrEP medication to people at high risk of being infected with HIV. The HHS committee passed HB 290 on Tuesday, moving it to the House for consideration.

Rep. Jasmine Clark, a Democrat from Tucker, introduced a bill on Feb. 5 that would ensure the state’s K-12 students receive accurate information about HIV during sex-ed classes. HB 133 is assigned to the HHS committee but has yet to receive a hearing.

President Donald Trump announced during his State of the Union speech on Feb. 5 that he’s introducing a plan to end HIV/AIDS in the U.S. by the year 2030. The plan involves targeting seven states and an additional 48 counties with the highest rates of new infections. Cobb, DeKalb, Fulton and Gwinnett are the Georgia counties included on that list.

Georgia is number one in the rate of new HIV infections, according to the Centers for Disease Control & Prevention.