Atlanta might be the gayest city in the U.S., but when it comes to who makes up the Gay Mafia, Atlantans nabbed a slim two spots out of a possible 110 in recent rankings.

Based on calculations fueled mostly by the number of gay bars, the Advocate put Atlanta atop the list of 15 Gayest Cities in America. And when the magazine offered its recent “Forty Under 40,” the gay glossy included two locals — attorney and activist Jamie Roberts and activist and speaker Mia Mingus. (More on them in a minute.)

But overall, when it comes to the country’s gay elite, Atlantans get no more love than that. Out’s “4th Annual Power 50” lacks anyone from Georgia, though it does include gay director Alan Ball. The mind behind “True Blood” and “Six Feet Under” grew up in Marietta.

And David Mixner, a wealthy gay power broker turned blogger, didn’t include an Atlantan among his “Twenty Most Powerful Lesbians in American Politics.”

So, let’s summarize: Atlanta isn’t gay enough for “Glee,” and our LGBT elite scores pretty low based on recent power rankings — two spots out of a possible 110 — but we are the gayest city in America. Huh.

Here’s what the Advocate had to say about Roberts, 38, who among many other things is a board member for Georgia Equality and recently tried her hand at blogging: 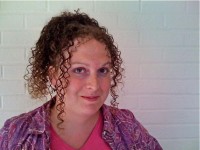 A lot can change between generations, but for Jamie Roberts’s family, the differences are staggering. While her parents attended segregated public schools in suburban Atlanta, now their bisexual, transgender daughter works as a public defender in Georgia’s five-county Coweta judicial circuit. Since she was a child, “a lot of things have changed for the better,” Roberts says of her home state, and through her visibility and advocacy, she has played a role in that progress. Roberts provides pro bono legal services to domestic abuse victims and the elderly and is active with numerous LGBT nonprofits, including Georgia Equality and MEGA Family Project. Her confidence has helped keep her largely immune to discrimination at work, to say nothing of the fact that she’s whip-smart and ambitious. Roberts believes her gender identity informs her abilities as a defense attorney: “Being raised as a future white male leader and then transitioning to female has deepened my empathy for those who didn’t have the advantages I had growing up—I know what it feels like to be an outsider.”

Here’s the magazine’s blurb about Mingus, 29: 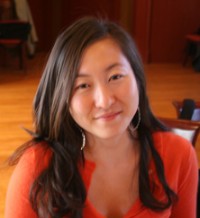 Mia Mingus has a refreshingly sunny disposition for someone who spends every day speaking against the big isms and phobias of the world—racism, homophobia, ableism (discrimination against disabled people), sexism, and classism. At the dozens of universities, events, and conferences where she speaks each year, Mingus, who uses a wheelchair herself, focuses on building strength in alliances, stressing that gay rights aren’t isolated from accessibility rights for people with disabilities. Mingus says she’s been lucky to make a living in activism and grassroots organizing. The next step in achieving equality, she says, is beyond getting diverse groups to show up at meetings. “Just being able to physically get into the door and communicate at meetings is a step,” she says of increasing disabled people’s involvement in LGBT advocacy. “But we have to move beyond access. It’s not enough to just be in the room, but we all have to be in on the conversation.”

Is there an Atlantan you think should be included among the nation’s LGBT power brokers? Leave a comment below.