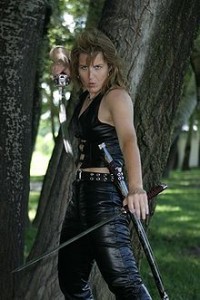 The diversity of gay Atlanta reaches the outer limits, including a vibrant sci-fi/fantasy fan community that boldly goes where few have gone before: its own LGBT convention this weekend at the Holiday Inn Select/Perimeter.

Whether you’re a fan of the new Dr. Who and other current shows, or a diehard fan of classic TV, movies and books, OutlantaCon, which debuted last year, is bigger and better for 2010 with three days of non-stop action on Friday, Saturday and Sunday.

“The second OutlantaCon is shaping up to be an even bigger success than the first one,” Edward deGruy, OutlantaCon’s head of programming, says in a written statement.

OutlantaCon is right up there with other science fiction conventions when it comes to drawing special guest speakers, a full track of gaming, panel discussions like gay characters in Science Fiction, and special programs. View the full schedule of events that are sure to appeal to your inner geek.

One of the highlights of the event is the appearance of actress and filmmaker J.A. Steel (top photo), who screens the Southeast premiere of her film “Denizen” on Friday. Game developer Andrew Greenburg will also be on hand to discuss his work, including the wildly popular “Vampire: The Masquerade.” 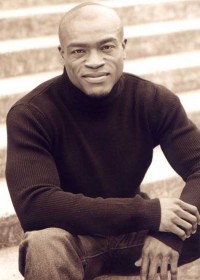 Programs include a Syrens of the South Burlesque Show on Friday, plus Saturday’s special sci-fi edition of the ‘70s “Match Game” with convention guest speakers in the celebrity seats, a Scrabble tournament, and the Project COSway runway show and competition of the convention’s many splendored costumes.

This year, the “event for science fiction, fantasy and horror fan groups supporting and promoting gay, lesbian, bisexual and transgender themes within the genres,” partners with Jerusalem House, the Atlanta organization benefiting homeless and low-income people living with HIV.

“A main theme in sci-fi and fantasy is a hope for the future,” says convention Chair Scott Tatum. “By providing housing for homeless and economically disadvantaged families and individuals coping with HIV or AIDS, Jerusalem House offers these people a hope for their own futures.”

For Jerusalem House, OutlantaCon registrants and guests are encouraged to bring items for donation. Requested items include good-condition clothes, toiletries, cleaning supplies, art and office supplies, plus TVs, lamps and other housewares.

OutlantaCon takes place April 30-May 2 at the Holiday Inn Select/Perimeter. Click the event name for registration.