Tweak your gay geek at OutlantaCon 2012 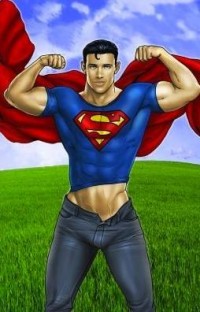 The diversity of gay Atlanta reaches the outer limits, including a vibrant sci-fi/fantasy fan community that again boldly goes where few have gone before: its own LGBT convention this weekend at the Holiday Inn Select/Perimeter.

Whether you’re a fan of current sci-fi hits, or a diehard fan of classic TV, movies and books, the LGBT hosts of Dragon*Con’s Rainbow Party make it all gay at their own OutlantaCon, which continues to grow each year with three days of non-stop gays in sci-fi-fantasy-gaming-comics action Friday through Sunday.

OutlantaCon is right up there with other science fiction conventions when it comes to drawing special guest speakers, a full track of panel discussions like gay inclusion in sci-fi, gaming and special programs. View the full schedule of events that are sure to appeal to your inner geek.

One of the highlights of the event is the appearance of illustrator and artist Joe Phillips, who is from Atlanta and made his name on the West Coast drawing for almost every major comic book producer. But he really cemented his name among gay fans with an ongoing series of sexy gay images of shirtless hunks from calendar boy pinups to his current “Beefcake Heroes” (photos). 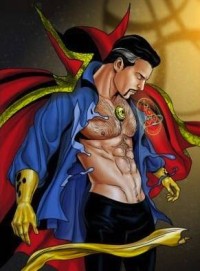 Author Lee Martindale will also be on hand to discuss her work, as well as the cast and creator of the “Uncanny X Man” fan series.

Programs include a special sci-fi edition of the ‘70s favorite “Match Game” with convention guest speakers in the celebrity seats and the Project CosPlay runway show and competition of the convention’s many splendored costumes. Also look for an hours-long vampire slaying competition. Check out photos from last year’s CosPlay.

OutlantaCon takes place May 4-6 at the Holiday Inn Select/Perimeter. It’s just one of the Best Gay Things to Do in Atlanta This Weekend.