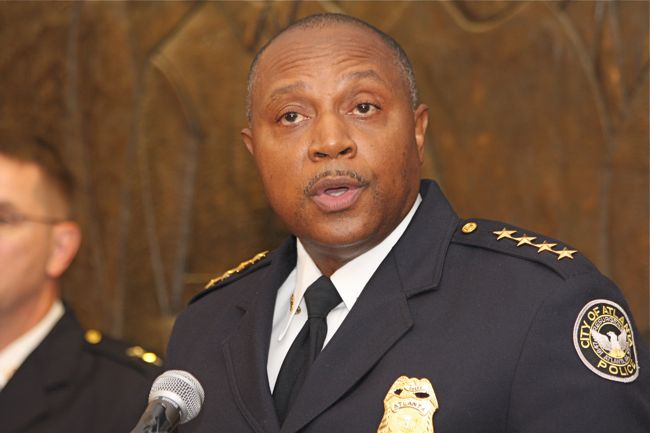 Atlanta police Chief George Turner brushed off a request from his own LGBT advisory group to take action against officers involved in the botched raid of the Eagle, saying taking action now would interfere with an ongoing internal probe into the incident.

Turner’s remarks, in a Feb. 11 letter to the nine-member LGBT Advisory Group for Atlanta police, were made public Monday by Glen Paul Freedman, chair of the board. The release comes ahead of the panel’s monthly meeting, set for Monday at 7 p.m.

On Jan. 31, the panel approved two motions concerning the September 2009 raid. One urges Turner to follow sanctions the Atlanta Citizen Review Board recently recommended after investigating a dozen complaints about the raid. The second calls on Turner to also quickly implement the agency reforms ordered as part of the $1.025 million settlement in the federal lawsuit over the raid.

Turner has until Feb. 19 to respond to the ACRB’s recommendations, which were submitted to him on Jan. 20. The city ordinance creating the ACRB provides Turner with 30 days to respond and indicate which recommendations he accepts, rejects or will implement with modifications.

But Turner also faces a continuing internal investigation into the raid, which was ordered in the settlement over the federal lawsuit. The department has until June to complete that investigation, though a probe launched in the days after the raid was never completed some 15 months after the raid before the lawsuit settlement was reached between the 26 plaintiffs, the Eagle, the city and its police department.

In Turner’s letter to the advisory panel, the chief pointed to that internal investigation.

“One component of the Eagle settlement was that additional investigative measures be taken on the file; to render a decision on discipline would, at this time, be premature and nullify any purpose to continuing the investigation. Additionally, all employees are afforded due process in internal investigative files,” Turner wrote.