Trey Toler back to binging on gay comedy [video]

Gay Atlanta funnyman Trey Toler returns to the stage on Tuesday, but not before dishing about the comedy show, being a regular gay for “The Regular Guys,” his campaign against fat marriage and what he will do for gay fans who follow him Outside the Perimeter. 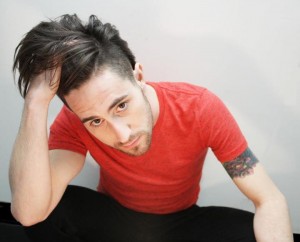 Toler (photo) is back after a six-month hiatus because he has a trendy loft to pay for, but more so to return to the laugh lines that have helped him navigate coming out and giving back. Toler talked with Project Q Atlanta ahead of “Binging with Moderation” on March 20, a gig he hopes will turn into a monthly show.

He’s the lone gay in a basket of comedians for the show that includes Nicole Chiles, Dulcé Sloan, Dan Weeks, Mia Jackson and Mike Kaiser.

Tickets to “Binging with Moderation” are $10 and can be purchased here. Toler promises he’ll do everything legally possible to make the trip to Punchline Comedy Club worthwhile for gay fans. He’s cute. Believe it.