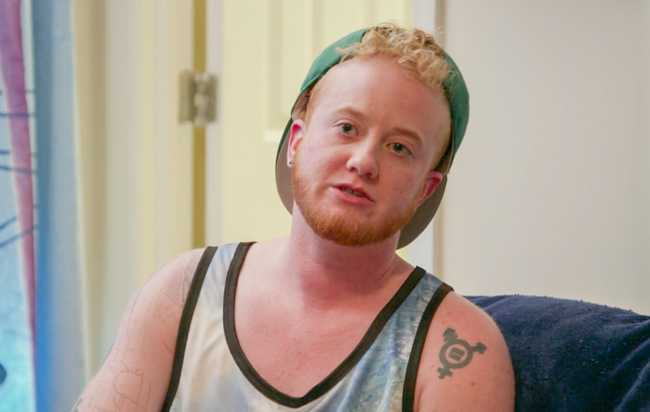 The first transgender participant on the Netflix hit “Queer Eye” is suing the University of Georgia for not covering his gender confirmation surgery.

Skyler Jay (photo) – who lives in Athens and works as a catering and banquets manager at the university – claimed he was denied reimbursement for the May 2017 procedure, according to the federal lawsuit. He’s suing the Board of Regents of the University System of Georgia and UGA’s administrators and healthcare providers, including Metlife and Blue Cross Blue Shield of Georgia.

Jay appeared on Season 2 “Queer Eye” episode “Sky’s the Limit.” He was denied coverage for the medical procedure by Blue Cross Blue Shield in April 2017, according to court documents. He appealed, and the decision was upheld in April 2018.

He filed a complaint with the Equal Employment Opportunity Commission in February and the agency responded with a right-to-sue letter. Jay filed the federal lawsuit in June.

In the complaint, Jay’s attorneys claimed he has incurred thousands of dollars in out-of-pocket costs to get medically necessary care.

“This is because UGA expressly excludes the medical care he needs — not because the treatment isn’t medically necessary or widely recognized as effective, but solely due to the historical stigmatization of his medical condition,” the attorneys wrote in the lawsuit.

Noah Lewis, one of Skyler’s attorneys and executive director of Transcend Legal, told the AJC that many colleges, universities and major employers do not deny benefits for such surgeries. UGA and its healthcare providers wrongly exclude transgender works from such benefits, the attorney said.

“We would like them to remove the exclusions,” Lewis said.

The defendants have not yet responded to the lawsuit. UGA declined comment to the AJC.

Meanwhile, Jay started a Go Fund Me campaign that’s raising money for LGBTQ causes and to cover the costs of his surgery. The campaign asks for $8,200 in donations to Transcend Legal, Athens Queer Collective, Southern Fried Queer Pride and two individuals’ for their top surgeries. Donations received beyond that amount go to Jay’s medical debt.

“Having to spend a week in the hospital, battle with my insurance company/employer for coverage, have a second surgery revision and potentially a third, as well as several months of monitoring my GI tract to ensure my internal bleeding did not reach fatal levels has all taken a mental, emotional, physical and financial toll on me,” he wrote.