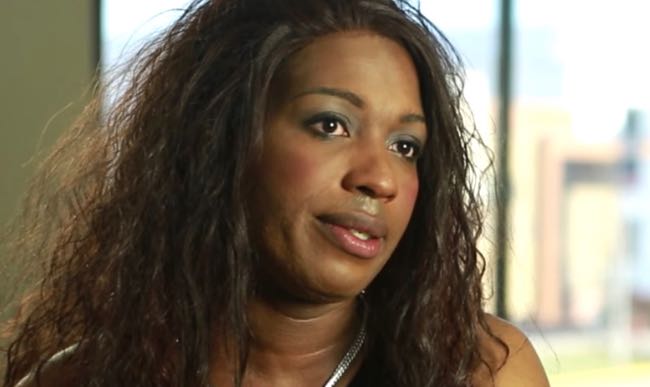 Ashley Diamond – the transgender woman whose federal lawsuit helped reform how Georgia prisons treat trans inmates – is again behind bars after being arrested in northwest Georgia where she lives.

Diamond, who is on parole, was arrested on Dec. 17 and charged with driving on a suspended license and no brake lights, according to the Rome News-Tribune. She was released but arrested again on Jan. 18 on parole violations likely stemming from the December arrest.

Diamond, 39, remains in the Floyd County Jail in Rome, Ga., where she is segregated from other inmates, according to the Tribune.

“We certainly try to take into account two things in this situation,” Caldwell said. “One, we respect any person’s rights in gender selection and house them accordingly. Two, they have problems with incarceration because (transgender inmates) tend to be ridiculed in our jail culture.”

Because of that ridicule, transgender inmates are often segregated for their own security, Caldwell said.

Diamond has an additional issue, she is very well known in the jail from previous incarcerations.

“This makes the incarceration even more of a challenge,” Caldwell said. Diamond at this point has been segregated from the rest of the jail population.

Diamond began serving an 11-year prison sentence in 2012 after she was convicted on several charges, including burglary, theft by taking and obstruction, stemming from incidents in 2009 and 2011 in Floyd County where Diamond lived. She was released on parole in 2015.

In a federal lawsuit, Diamond alleged that she was repeatedly raped, denied medical treatments and otherwise abused while in Georgia prisons. Diamond's complaints and lawsuit – filed by the Southern Poverty Law Center in 2015 – pushed the state Department of Corrections to change its hormone treatment policy for trans inmates.

Diamond's case and the lawsuit gained widespread media coverage and attention from the U.S. Justice Department. The state settled the lawsuit in 2016 and agreed to pay Diamond $250,000, according to the Associated Press.

“This lawsuit has always been about more than me,” Diamond said in a prepared statement in 2016. “It’s about standing up to injustice and ensuring that no other transgender people endure the horrific abuse and mistreatment that I experienced behind bars. Though I am pleased with this resolution, I remain dedicated to fighting for the rights of transgender people both in and out of prison.”