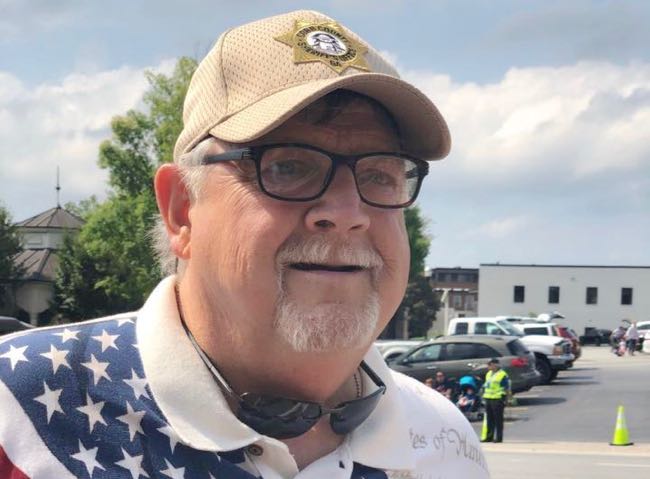 A transgender woman thrown in the Cobb County Jail over an unpaid $15 fine alleges that staffers mistreated her and housed her with male detainees who abused and sexually harassed her.

The staffers “demonstrated a clear, deliberate indifference to the safety” of Georgia resident Sierra Castle, according to a federal lawsuit filed in the U.S. District Court for the Northern District of Georgia on March 28.

“Several defendants … subjected Ms. Castle to offensive and sexually harassing, abusive and threatening remarks and refused to refer to her by the appropriate gender,” according to the lawsuit.

“This just comes down to Ms. Castle being a woman and not being treated as such in the jail,” Barton told Project Q Atlanta. “Not to mention that this all started with her unpaid $15 seat belt violation. It’s pretty ridiculous.”

Castle’s attorneys said she called police in March 2018 after her car was damaged by a trash receptacle outside a fast food restaurant. When an officer arrived, he checked Castle’s license number and discovered a bench warrant in DeKalb County for failing to pay a $15 fine for a seat belt violation. She was arrested and transported to the Cobb County Jail.

Castle told the arresting officer that she was transgender. Castle legally had her gender changed in 2015, and her birth certificate and all other government-issued identification and records list her as female.

Castle was also identified as female in the incident report and in the DeKalb warrant. She arrived at the jail wearing a dress, earrings and a hair tie. The arresting officer also informed the jail staff that she was transgender.

“Ms. Castle observed [jail] staff laughing when they were told this information,” according to the lawsuit.

When she was processed into the jail, she confirmed her legal name and gender with a jail staffer, and the identification she gave during this time said female. Castle was given an inmate identification wristband that listed her as female.

The officer responded, “Aren’t you transgender?” He then told her that she “would be considered male while in jail” and continued patting her down. He also referred to her using male pronouns.

At some point, a jail staffer changed the records in the computer system to identify Castle as male, and she was taken to a holding cell for male detainees.

Several inmates “became riled up and aggressive toward Ms. Castle” after overhearing a staffer tell her she would be known in the jail as “Mr. Castle,” according to the lawsuit.

Each time Castle left her cell, male inmates nearby made “sexually degrading, harassing, abusive and threatening” comments toward her. Male inmates would also peer into Castle’s cell while walking by and make similar comments, according to the lawsuit.

The following day, Castle was scheduled to be transferred to the DeKalb County Jail. When Castle asked the staff to correct her gender in the system, one staffer “laughed at Ms. Castle and told her that if she wanted to change her gender, she should do it like she did before and get an order from a court.”

“Ms. Castle was extremely distressed and disturbed by these comments and she felt that her personal safety and security had been jeopardized,” according to the lawsuit.

A deputy with the DeKalb County Sheriff’s Office later confirmed that Castle’s fine was paid earlier that day and she was released.

Castle has continued to experience “constant fear for her health and safety, sadness, anxiety and emotional distress due to the trauma that she experienced” while in the Cobb County Jail, according to the lawsuit.

She is suing the defendants for violation of her constitutional rights, intentional infliction of emotional distress and discrimination based on disability. The lawsuit argued that gender dysphoria – which Castle is diagnosed with – is considered a disability.

Glenn Daniel – a spokesperson for the Cobb County Sheriff’s Office, which operates the jail – told Project Q Atlanta the agency had not yet been served with the lawsuit. Daniel also declined to comment on the case.