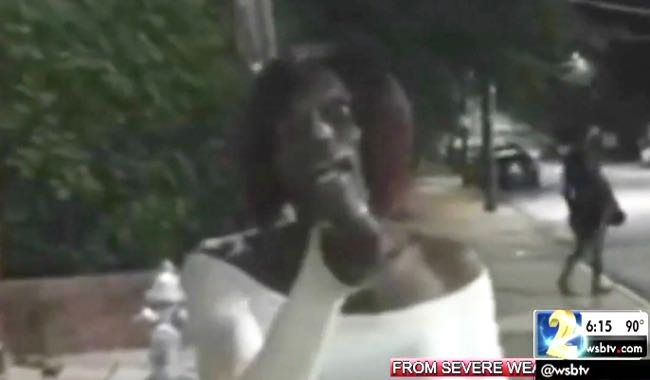 A transgender woman was arrested in Midtown after allegedly charging at a man with a knife and then throwing a concrete block at him as the victim attempted to record the suspect in an area known for prostitution.

Atlanta police arrested Raymond Hill, 27, about 3 a.m. on July 14 near the intersection of Piedmont Avenue and Ponce de Leon Avenue after a confrontation between Hill and a man who lives nearby turned violent.

The man told police that he walked out of his residence at the corner of 3rd Street and Piedmont to use his phone to take photographs and record video of what he believed to be “suspicious persons hanging out at the corner,” according to an Atlanta police incident report.

Hill approached the man and demanded that he delete the material from his phone. When he refused, Hill tried to snatch the device from him, according to the incident report. Hill retreated and then charged the victim again (top photo), police said.

“Hill then pulled out a silver 3-inch straight edge knife and began to make several lunging/stabbing motions at [the victim] who attempted to flee down 3rd Street towards Myrtle Street,” according to the incident report.

Hill chased the victim before turning and fleeing on foot south along Piedmont and tossing the knife near a parked car, according to police. The victim called 911 and followed Hill. The suspect then grabbed a block of concrete and threw it at the victim, who was not struck or injured, police said.

When police arrived, the victim showed officers video of the incident. WSB aired the footage in a report on July 14.

Police said Hill admitted to trying to grab the phone and then pulling out a knife when the victim refused to delete the images from his phone, as well as throwing the rock when the victim followed Hill.

Hill remains in the Fulton County Jail charged with two felonies – aggravated assault with a deadly weapon and possession of a firearm or knife during the commission of a crime.

Hill (bottom photo) has been arrested several times but the charges from the July 14 incident are the most serious, according to Fulton jail records. Atlanta police arrested Hill in June for disorderly conduct, in August 2016 for possession and use of drug related objects, in March 2016 for criminal trespass, and September 2015 for theft by shoplifting. In February 2014, Hill was charged with disorderly conduct and failure to appear.

In its report, WSB called Hill a “knife-wielding man dressed as prostitute” while reporter Matt Johnson called Hill a “man in women's clothing.” In the WSB report, a neighbor said Hill is part of a late-night prostitution problem in the area.  Signs posted nearby call the area a “Monetary Solicitation Prohibited Zone.”

In the incident report, Atlanta police identified Hill as transgender. There is no mention of illegal sex work. 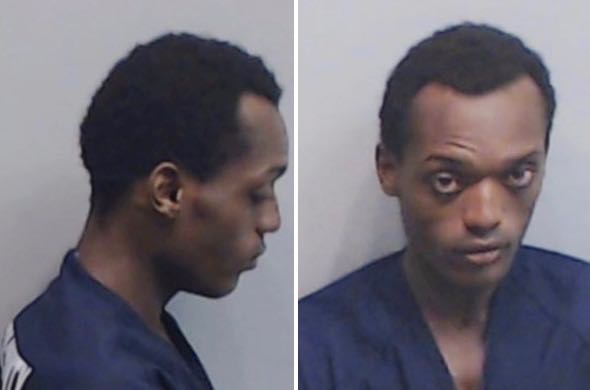