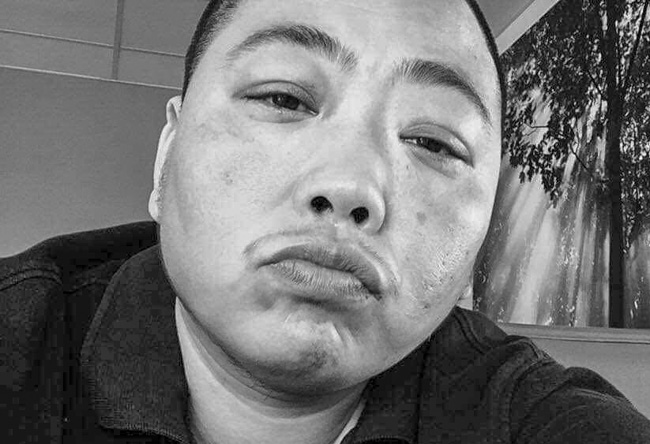 A transgender man held at an immigration detention center in South Georgia has been in solitary confinement for 15 months and isn’t receiving proper medical care.

That has caused serious physical and mental health issues for Chin Tsui, according to advocates who are monitoring his case. An online campaign to free Tsui from the detention center is underway, and a protest is planned for March 11 outside the Atlanta Immigration Court on Ted Turner Drive in downtown Atlanta.

Tsui (top photo) is one of four transgender detainees in ICE facilities in Georgia, according to U.S. Immigration & Customs Enforcement spokesperson Danielle Bennett. All four — Tsui and three transgender women — are housed at the Irwin County Detention Center (second photo) in Ocilla, which is a three-hour drive from Atlanta. There are 111 “self-identified transgender individuals” in 20 immigration facilities nationwide, according to Bennett.

Khudai Tanveer, membership organizer for the National Queer Asian Pacific Islander Alliance and an advocate for Tsui, said that the treatment by ICE is taking a toll on the detainee.

“One of the biggest things we’ve heard over the past 15 months with Chin is that they’re not doing the bare minimum to keep him alive,” Tanveer told Project Q Atlanta. “He needs to get his medication on time. Over the last five, six, seven months, he doesn’t get his medication on time, he doesn’t get the right dosage. It makes it impossible for trans folks in these facilities to survive.”

Tsui was arrested in Lawrenceville in December 2016 for allegedly trying to buy a fake identification. He was charged with possession of false identification documents, making false statements and bribery, according to the Gwinnett County Sheriff’s Office. He was in the Gwinnett County Jail until December 2017, when ICE authorities took him into custody and transferred him to Irwin County Detention Center. Tsui has been held in solitary confinement since his move to Irwin County, Tanveer said.

“We filed for a parole request, we filed for bonds. There’s three lawyers working on this case,” Tanveer said. “We realized this past February when he was supposed to have a court hearing, it was cancelled last minute without notifying Chin, me — his advocate — or his lawyer who was coming down from North Carolina.”

Tanveer, who talks to Tsui on the phone about five times a week, said there’s an urgency to have him released. The prolonged solitary confinement is taking a serious toll on him, Tanveer said.

“There’s a variety of things that are happening that are driving Chin to want to harm himself. It’s impossible to live,” she said. “You’re in a solitary confinement space, you’re not talking to anyone and on top of that, you’re not getting the right medication.”

Tsui requires testosterone for his hormone therapy treatment, plus medication to treat his diabetes and high blood pressure. He had a biopsy done March 5 after doctors found bacteria had grown in his stomach. Tanveer said the issue was caused by ICE’s failure to get Tsui the proper medications.

Only a person can understand the seriousness of a sleep loss. THe insomnia brings a lot more different problems and its like a terrible problem with some other consecutive health problems. I would like to advice people with insomnia to pay proper attention to the sleep or its loss. Nowadays there are different solutions to insomnia. First of all the person should identify the basic problem of the insomnia and then find the corresponding solutions. As a static user of Ambien at https://holisticdental.org/ambien-treat-insomnia/ I would like to share that Ambien is a very effective medicine and has almost no side effects. Thanks to Ambien my life has retaken totally other, more healthier style.

“There’s been periods throughout Chin’s stay where he’s considered self-deporting because it’s that terrible being there,” she said. “They just make the living situation so terrible that the people find any way to find liberation, and so they self-deport themselves.”

NQAPIA created an online petition calling for Tsui’s release and started an online fundraiser for the effort in February. The group also joined with Southerners On New Ground to organize the March 11 protest outside the Atlanta Immigration Court. Tanveer said it’s taking place 24 hours before a hearing that could determine if Tsui is deported to Hong Kong.

Mistreatment of transgender detainees by ICE has been alleged in other facilities recently. A trans woman in an ICE facility in New Mexico died nine days after being transferred there last May. An autopsy showed physical abuse including extensive hemorrhaging on her wrists typical of handcuff injuries, according to the Daily Beast. ICE denied that she had been abused.

“That said, I can tell you that this person is being held in full accordance with ICE’s policy on transgender care,” said Bryan Cox, communications director for ICE’s southern region.

Trans detainees should be segregated – put in solitary confinement – “only as a last resort and when no other temporary housing option exists,” according to the policy. If the facility is unable to meet the detainee’s housing needs, an ICE field office director “shall examine options for transfer of the detainee to a different facility.”

“Medical care for transgender detainees shall be provided by qualified and appropriate medical professionals and administered pursuant to the applicable ICE detention standards,” the policy states.

ICE appointed a national LGBTQ coordinator and LGBTI field liaisons in 2015 “who serve as dedicated points of contact on the care and treatment of LGBTI detainees in ICE custody,” according to Bennett.

It is unclear if anyone in those positions is aware of Tsui’s case at the Irwin County Detention Center.