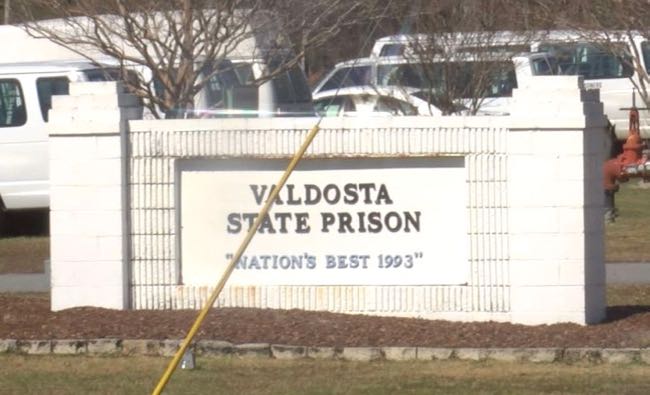 A transgender inmate at Valdosta State Prison filed a federal lawsuit claiming that guards handcuffed her and cut her hair against her will, leaving her bleeding.

Fresalinda Angelica Corporan, 32, also alleged that prison officials refused her gender affirmation surgery, and that not allowing her to live as a woman is causing her anxiety and depression.

“Transgender women are not lying when we say we are woman [sic] and that our needs match and conform to no other classification,” Corporan, who is acting as her own attorney, wrote in one court filing. “Most people don’t understand and don’t care to understand what I am diagnosed with.”

Corporan said that the forced haircut occurred in April 2017. She was growing her hair out for the first time when now-former Warden Stanley Williams allegedly told her, “This was an all-male prison,” according to court documents. Williams then allegedly ordered two guards to cut Corporan’s hair.

Corporan’s suit said the prison’s actions are a violation of the U.S. Constitution's prohibition against “cruel and unusual” punishment.

Corporan filed two lawsuits in the U.S. District Court for the Middle District of Georgia in July 2017. Judge Louis Sands later consolidated the cases because they involved similar claims. The defendants are Williams, Georgia Department of Corrections, two doctors and other corrections officials.

Corporan also alleged that prison staff have denied her request to wear bras and panties and that she is making her own underwear as a result.

“They know my weakness, and I feel they are exploiting it to rid themselves of me,” Corporan wrote in one filing. “Suicide may follow others whom are weaker than I … I refuse to die that way.”

In September, Williams filed a motion to dismiss the case.

On Dec. 10, Corporan filed a request for an extension before the trial “because my emotional state is ‘dwelling’ in a possible nervous breakdown.”

“Only when I am allowed to feminize myself fully will I [sic] provided a chance at sanity,” Corporan responded to Langstaff’s ruling in a Dec. 17 filing.

Corporan is asking that grooming directives at the prison be changed to fit the needs of transgender women. She’s also asking for gender affirmation surgery and punitive damages for emotional pain and suffering.

Corporan filed another suit in March claiming the prison denied her ability to worship as a Wiccan.

Transgender woman Ashley Diamond filed a federal lawsuit against the Georgia Department of Corrections in 2015 claiming she had been denied medical treatment and had been sexually assaulted by other inmates at Georgia State Prison. Her complaints and lawsuit pushed the Georgia Department of Corrections to change its hormone treatment policy for trans inmates. She was freed in September 2015.